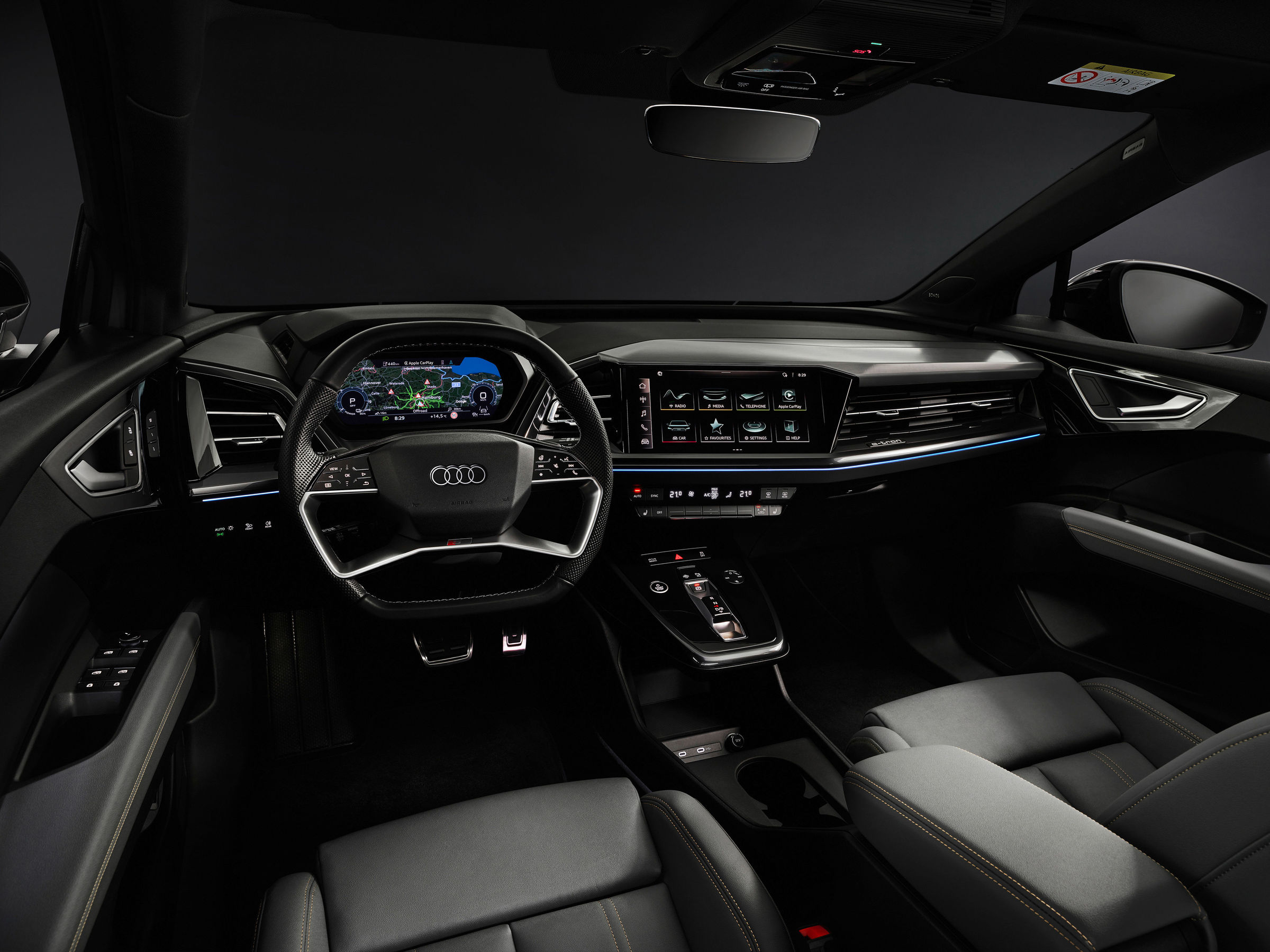 Just as in all of its models, Audi relies on a fully digital operating and display concept with a flat menu structure in the Q4 e-tron and the Q4 Sportback e-tron. It comprises four levels: the digital instrument cluster or Audi virtual cockpit for the driver, the central MMI touch display, the natural-language voice control, and the optional augmented reality head-up display – it is a new, pioneering piece of technology.

The standard digital instrument cluster measures 10.25 inches on the diagonal and is operated from the multifunction steering wheel. The power meter, which is located next to the speedometer on the display, summarizes all important information about the drive, from the output and the state of charge of the battery in percent and all the way to recuperation. The Audi virtual cockpit is the first option level. It integrates the navigation map and infotainment control and can be switched between two views. The Audi virtual cockpit is the top-of-the-line version. It offers the “classic,” “sport,” and “e-tron” layouts, where the power meter plays the main part. Various displays can be configured freely here.

The natural-language voice control, which is activated with the key phrase “Hey Audi,” functions as the third control level in the Audi Q4 e-tron and the Q4 Sportback e-tron. It also understands a large number of inputs and queries in everyday language, such as “Where’s the nearest Italian restaurant?” If Audi connect Navigation & Infotainment plus is included, in many cases the information is processed online.