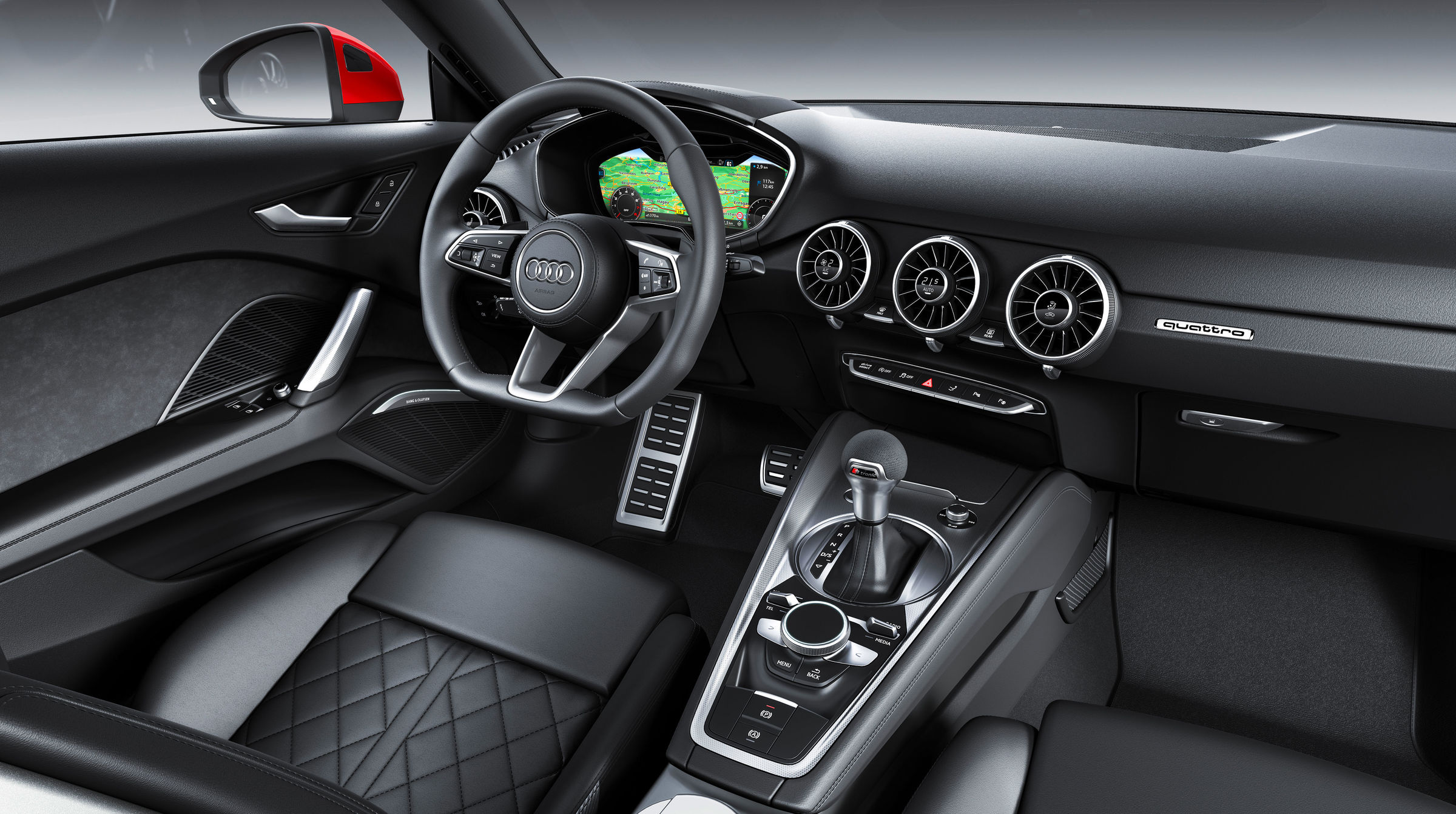 All indicators in the new TT appear in digital form on the 12.3-inch display of the Audi virtual cockpit. The driver can choose between two modes: in the classic view, the speedometer and tachometer take center stage. In “Infotainment” mode, more space is given to content such as the navigation map. The optional sport display provides information on the engine output, torque and g forces called upon.

The Audi virtual cockpit presents all information in a comprehensive, versatile and clearly arranged way – from navigation arrows and dynamic animations to the graphics for the assistance systems. The display changes its context-related color scheme according to the main menu selected. In the media menu, for example, it is orange, while green is used for the telephone menu. Indicators with fixed positions are displayed along the lower edge; they show the outside temperature, time and odometer readings as well as warning and information symbols. LEDs indicate the coolant temperature and fuel level.

The MMI operating terminal on the center console has just six buttons. The top-of-the-line MMI navigation plus with MMI touch integrates on the upper surface of the rotary/push-button control a touchpad that recognizes handwritten input and allows zooming, for example. The voice control system understands formulations from everyday speech.

Standard as another control instrument is the multifunction steering wheel with its buttons and rollers. With the exception of touch gestures, the driver can perform the same steps here as with the MMI terminal, all without taking his or her eyes off the road.