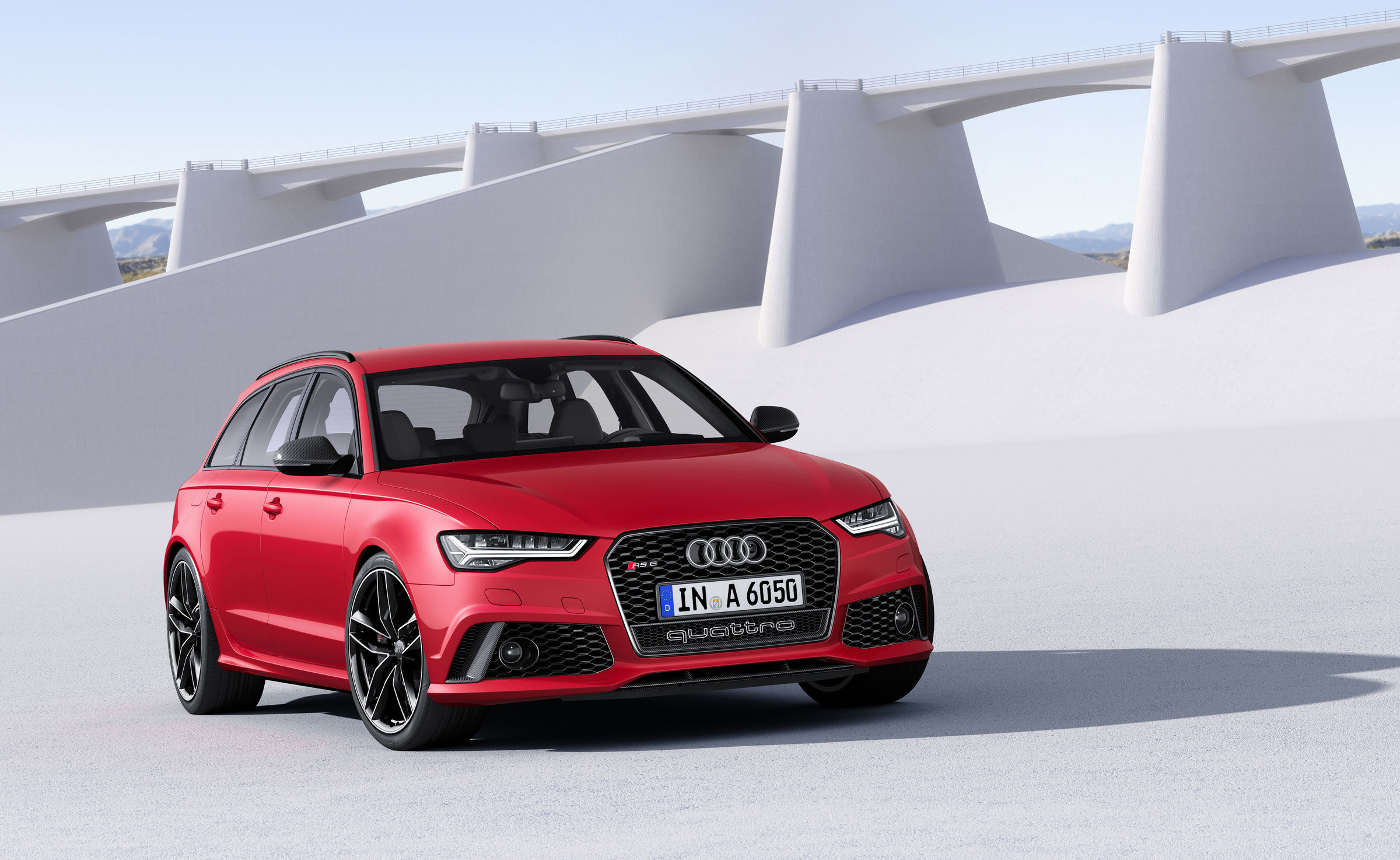 The RS 6 is a true icon. Since its debut in 2002, the RS 6 has won the hearts of fans all over the world as an Avant and as a sedan. The three generations preceding the new RS 6 Avant are technological milestones in the 25-year history of the RS models.

The Audi RS 6 made its debut in the business class as a sedan and Avant in 2002 – a wolf disguised in a visually inconspicuous pelt. quattro GmbH, the precursor to Audi Sport GmbH, implemented the twin-turbo principle on a 90 degree V8, achieving an output of 331 kW (450 PS). The 4.2 liter engine, which was produced at Cosworth in Northampton, accelerated the RS model from a standstill to 100 km/h (62.1 mph) in 4.7 seconds via the standard five-speed tiptronic.

Even in the first RS 6, a major focus was placed on the suspension. The hydraulic pitch and roll compensation, Dynamic Ride Control (DRC), which is still a purely RS-specific suspension technology today, was a pioneering innovation here. Shortly before the end of production of the C5 product line, the RS 6 plus, which delivered an output of 353 kW (480 PS) and whose top speed was electronically limited to 280 km/h (174.0 mph), followed in 2004.

The RS 6 from 2008, which was also available as an Avant and a sedan, was a statement of pure power. It was the most powerful series production Audi and, as an Avant, also the most powerful series production station wagon in the world to date. Its direct injection twin-turbo V10, which drew its power from a 5.0 liter displacement, delivered 426 kW (580 PS) and 650 Nm (479.4 lb-ft) of torque – enough to perform a standard sprint in 4.6 seconds and reach a top speed of 280 km/h (174.0 mph). The plus equipment lines that followed in 2010 reached a top speed of 303 km/h (188.3 mph). A sophisticated dry sump lubrication ensured that the engine was supplied with oil even during extreme lateral acceleration.

A fast-shifting six-speed tiptronic transfered the power to the quattro drivetrain. Carbon fiber ceramic brake disks were available upon request, and the sport suspension with Dynamic Ride Control (DRC) was included as standard. The driver had the option of adjusting the characteristics of the dampers in three stages via the MMI operating system. Like its predecessor, the RS 6 of the C6 generation was produced at the Neckarsulm location and final assembly took place in the quattro GmbH workshop set up at the same site.

The third generation of the RS 6 Avant opened up a new chapter in terms of technology: While it did have two cylinders less and 15 kW (20 PS) less power than the preceding model, its lower weight and better axle load distribution improved its longitudinal and transverse dynamics. Its twin-turbo V8 drew 412 kW (560 PS) from four liters of displacement. In the case of low loads, the cylinder on demand (COD) system temporarily deactivated four cylinders, thereby contributing greatly to the vehicle’s efficiency. Power was transmitted by a fast-changing eight-speed tiptronic and a refined quattro drivetrain whose center differential was able to implement an increased locking ratio when necessary.