The operating concept, the Audi virtual cockpit and the MMI 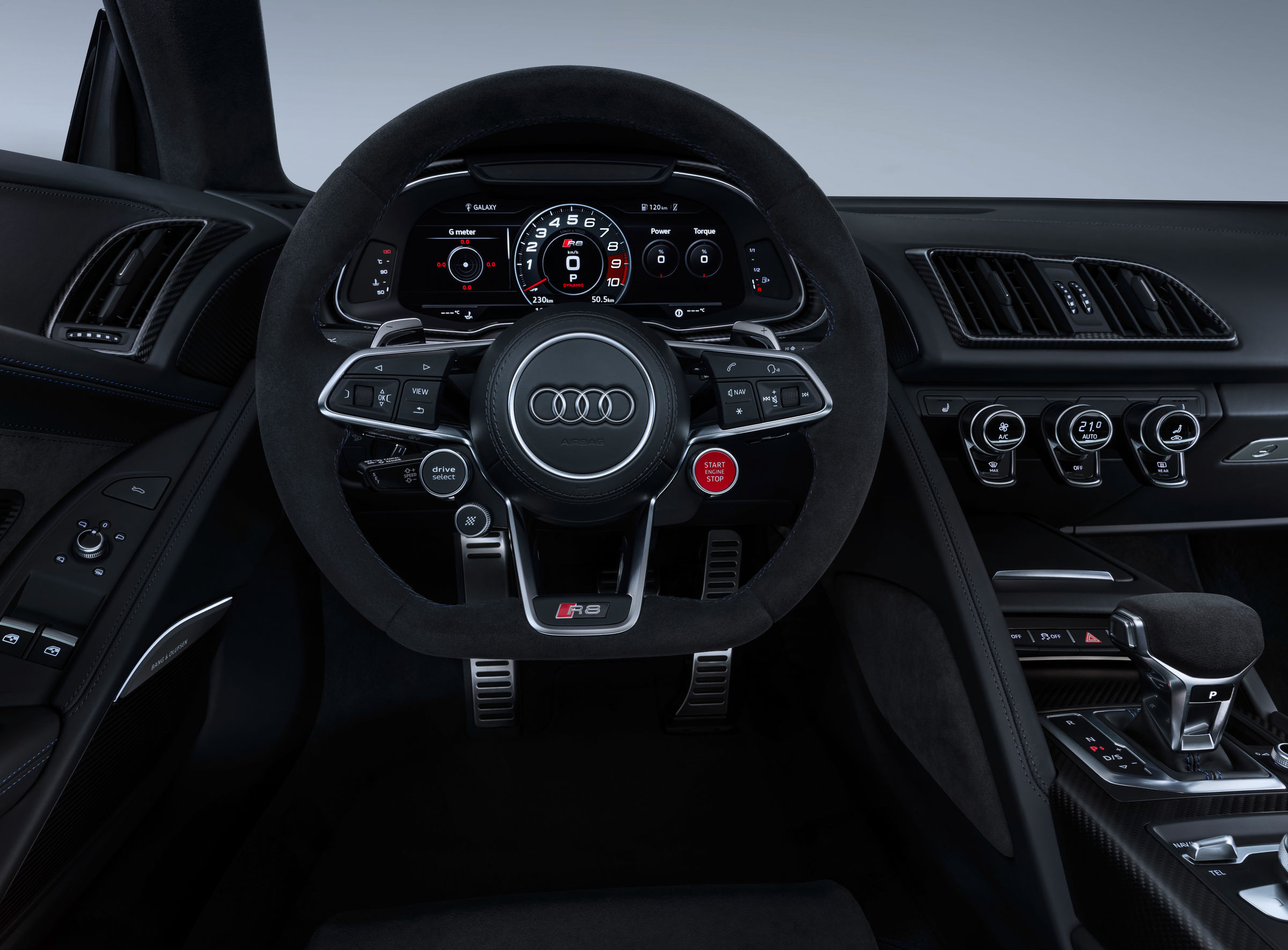 The driver sits in the new Audi R8 like in a race car. The entire operating concept focuses on the driver alone, who can operate all key functions without having to take their hands off the steering wheel or look away from the road. The multifunction steering wheel plus integrates two satellite buttons in addition to its push-buttons for the MMI. One is used to start and stop the engine, while the other is used to select the basic modes of Audi drive select. The steering wheel of the Audi R8 V10 performance quattro has a further button for the performance programs.

In the operating concept of the new Audi R8, two standard-fit high-tech modules are merged into one unit: The information from the MMI navigation plus is shown in the revised Audi virtual cockpit. It has a 12.3-inch display and the driver can use the “View” button on the steering wheel to switch between views. The performance screen is dominated by a large tachometer. Different gages can be positioned around it, for example for output, torque, G-forces, lap times, engine and transmission oil temperatures, tire pressure and temperature.

The MMI operating system is characterized by a flat menu structure that is easy to understand. The MMI search operates with free text input and the voice control system understands many phrases used in everyday language. It is operated via the MMI terminal, using the rotary push-button on the console of the center tunnel. The MMI touch, which is positioned on its surface, is used for inputting characters, scrolling, and zooming. The driver can also control almost all functions via the steering wheel.