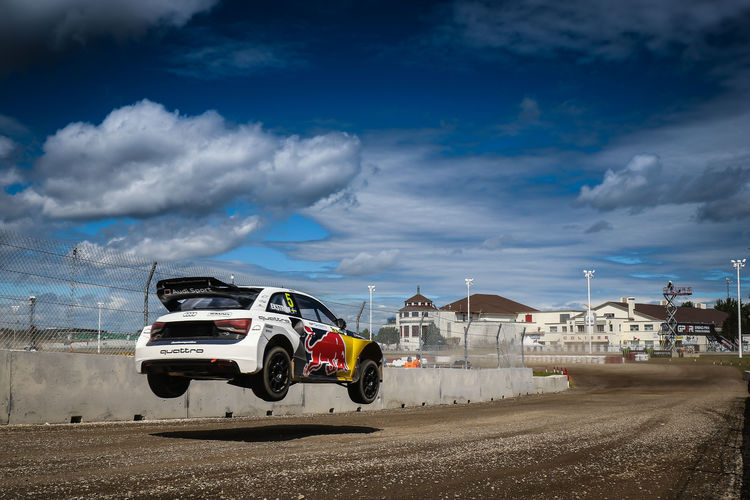 Following a six-week summer break, the engines will be roaring again in the FIA World Rallycross Championship this weekend. Round eight in a total of twelve will be held in Trois-Rivières, Canada, from August 4 to 6 – and World Champion Mattias Ekström is returning to the wheel of his Audi S1 EKS RX quattro. The Audi factory driver had missed out on his home round in Sweden due to races in the DTM.

After the summer break, during which the team recharged its batteries, there is only one aim pursued by the squad for the overseas race: clinching its next victory. “Three successes so far aren’t bad. But in Canada, we’re bent on winning our fourth big trophy,” says Ekström. “That’s absolutely realistic because this fast track suits me and our Audi S1 EKS RX quattro. It has a spectacular long straight and two jumps which are really good fun.” Before round eight of the season, Ekström is ranking in third place of the drivers’ standings, just like EKS in the teams’ classification.

Ekström’s teammate has firmly set his sights on the next trophy as well. Toomas Heikkinen was in the final in Canada the past three years, having clinched second place in 2015. “My goal is to continue this string at Trois-Rivières. And of course I’d like to be on podium again,” says the Finn. “In 2016, there were some rain showers immediately before the final. Petter Solberg and I were the only ones to enter the race on slicks. My start was perfect but on the wet track we weren’t fast enough to finish on podium.”

On the street circuit, which also includes a section across a race track for horses, making it into the final is the minimum aim of the third EKS driver, Reinis Nitišs, as well. The Latvian used the summer break for a brief excursion into rally racing, finishing the Rally Latvia in fifth place overall. In addition, he tested the strength of his nerves in a bungee jump. “Those were great experiences, but now I’m happy that the World RX finally continues,” says Nitišs. “I can hardly wait to get behind the wheel of my Audi S1 EKS RX quattro again in Canada and battling for championship points.”