What you should know about Timo Scheider 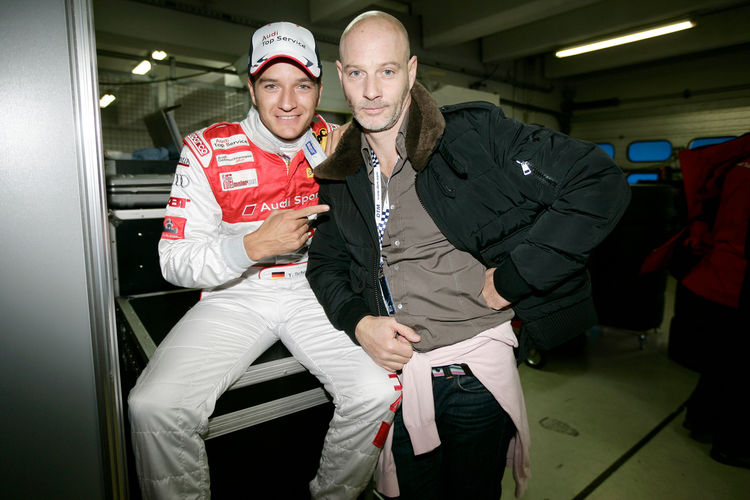 Timo Scheider has won the DTM title with Audi for the second time in a row. Besides the action in racing there are some personal aspects you may not have known about him.

… Timo Scheider has had a driver’s license since his 17th year of age and during a special driving lesson drove to the Essen Motor Show at speeds of up to 180 km/h?

… Timo Scheider, at age 30, is the second-youngest driver of a current Audi A4 DTM and only joined the Audi Sport Team Abt Sportsline drivers’ squad in 2007 but now, with 98 races under his belt, is the most “senior” driver in the entire DTM?

… The driver from Braubach is not superstitious but runs his hand across the roof rail of his Audi A4 DTM each time he gets into the car?

… He not only has a penchant for four wheels but also for two? For instance when riding supermotos or balancing a quad and other vehicles on two wheels.

… Timo Scheider is sure that he would have become an actor or pop star if he had not chosen to become a racer?

… His current musical taste has clearly changed? Pink’s music is one of his favorites.

… The young family father together with his fiancée Jasmin and son Loris starred in a TV commercial for computer games producer Nintendo?

… Scheider in soccer keeps his fingers crossed for Borussia Dortmund in Germany and SCR Altach in Austria?

… The Rhinelander’s favorite subjects in school were PT and religious education?

… Scheider, of all his former team-mates, likes Joachim Winkelhock most – the uncle of Audi “factory” driver Markus Winkelhock – because of his humor and fairness?

… Timo Scheider is not only top-notch in sprint but also in endurance racing? He has previously celebrated overall victories at the 24-hour races at Spa-Francorchamps and on the Nürburgring.

… The racer has a strong sense of social responsibility? His commitment ranges from supporting a traffic safety campaign to a charity of his own for deprived children, his role as ambassador of “Wings for Life” to other activities.