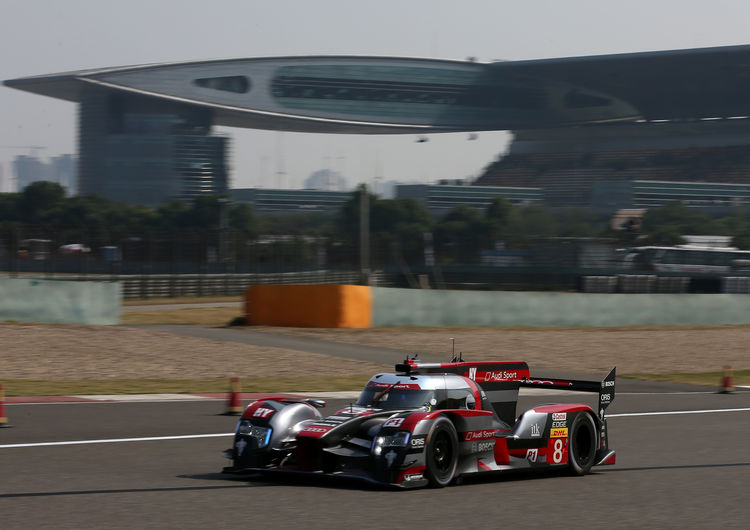 Quotes from the Audi team following round eight of the FIA World Endurance Championship (WEC).

Dr. Wolfgang Ullrich (Head of Audi Motorsport): “For us, the result is very disappointing. We’d been hoping to be in contention for victory. Unfortunately, a number of things got in our way in the race. As a result, both cars lost a lot of time in the pits and we didn’t manage to score a podium result. Impressive to see was the fighting spirit shown by the squad that never gave up. That’s the spirit we’re taking into the final race as well. We’re hoping to be able to end the season with a victory in Bahrain.”

Stefan Dreyer (Head of LMP): “Congratulations to today’s winners. We were planning to battle for victory here but, unfortunately, there were too many incidents. A displacer separated in the fuel tank of the number 8 Audi, preventing us from refueling as scheduled. Consequently, this car was no longer in contention for the top spot. Car number 7 had balance issues, particularly at the beginning. The performance of the fuel flow meter wasn’t perfect either. In spite of these setbacks, the entire squad battled up until the end. In these last weeks of Audi’s LMP program, my thanks go to all the employees at Audi Sport, Team Joest Racing and all drivers.”

Ralf Jüttner (Team Director Audi Sport Team Joest): “Number 8 was initially able to keep pace well.During the first stop, however, we noticed a refueling issue.Although we were able to correct it, we lost a huge amount of time in total. Number 7 had a difficult day as well. As a result, we’re looking back on a very disappointing race. Thank you to everyone for having kept up their motivation at such a high level in spite of this.”

Lucas di Grassi (Audi R18 #8): “Initially, we were in second place and our pace was okay. Unfortunately, we subsequently had a refueling issue, causing us to lose a lot of time during the pit stops. In the end, it was just a matter of finishing the race. Now we need to concentrate on Bahrain in order to achieve a positive ending.”

Loïc Duval (Audi R18 #8): “Congratulations toPorsche and Toyota who decided the race among themselves. At the beginning, we were doing pretty well, but then we noticed the refueling issue. It ruined our race because we spent a lot of time in the pits and had to change our strategy as well. With that, we were no longer in contention.”

Oliver Jarvis (Audi R18 #8): “The refueling issue resulted in a tough race for us, after we’dinitially been running well.When I was sitting in the car later, our race was okay at first, but then some vibrations developed because our tires picked up rubber from other cars. Unfortunately, contact with our sister car happened on top of everything else. Congratulations to Porsche and Toyota. Now they’ll be battling for the title in the finale.”

Marcel Fässler (Audi R18 #7): “It was a disappointing race. Today, we definitely weren’t able to battle for the top spots. We just weren’t fast enough. Unfortunately, to make things worse, there was an incident between the twoAudi R18 cars. This shouldn’t happen when you’re only separated by one lap to begin with. We still managed to make up a few positions before seeing the checkered flag.”

André Lotterer (Audi R18 #7): “Today, we didn’t achieve the result we’d been planning for. When I was driving, we didn’t find good balance. The tires had only little grip, so the car was difficult to drive.”

Benoît Tréluyer (Audi R18 #7): “This was a difficult day for us throughout. My teammates weren’t very happy. While I was driving, the car felt pretty decent. On average, lap times similar to those of Toyota, who were in front of us, were possible. Unfortunately, there was a misunderstanding with our sister car. I spun following contact. The resulting damage, however, was only obvious at the pit stop. We had to repair the air jack system, which caused us to lose a lot of time.”