Skip to content
We are using cookies for a better user experience.
03/20/19
Neuburg a. d. Donau
Sport

Ulrich Baretzky: “The fans will enjoy hearing the sound a four-cylinder engine can produce” 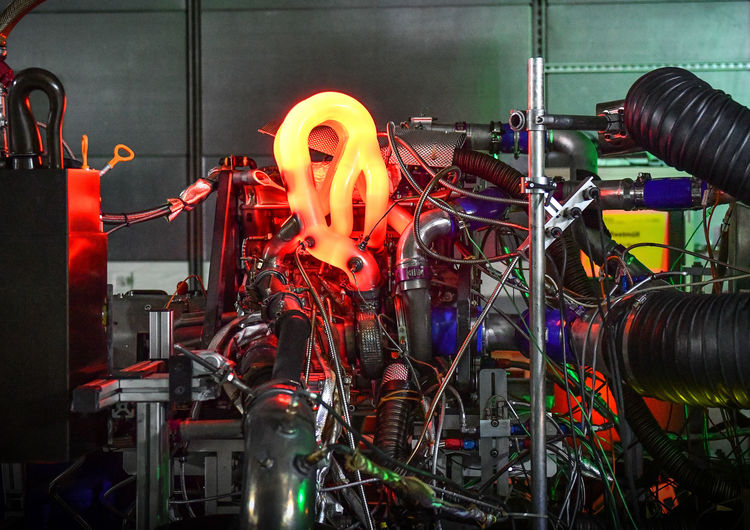 Ulrich Baretzky, Head of Engine Development at Audi Motorsport, is convinced that the new four-cylinder turbo engine is the right move for the DTM.

Why does Audi continue to pursue motorsport with internal combustion (IC) engines?
The IC engine still has a long future and complements electric mobility really well. At Audi, we’ve always been working on high-efficiency engines – most recently with diesel and now again with gasoline units. There’s still a lot of potential for further development. Also in combination with alternative fuels, an IC engine can be designed for extremely high eco-friendliness.

What is the definition of a “high-efficiency engine”?
It’s based on the principle of extracting maximum power output from the available amount of fuel with high compression and very good efficiency – in production as well as in motorsport. In the DTM, the amount of fuel flowing to the engine is limited to 95 kilograms per hour. That may sound like a lot but, in view of more than 610 horsepower, it really isn’t. An increase in vehicle performance can only be achieved through efficiency. The more efficient the engine is the less fuel and thus weight has to be lugged around.

Two-liter four-cylinder turbo engines like those to be used in the DTM starting in 2019 are currently regarded as the most important IC engines worldwide. Why?
It’s about the total package and the issue of weight: Weight generates consumption, so weight has to be saved. To keep an engine small and powerful, there’s no way around a four-cylinder unit. Both longitudinal and transverse types fit with practically all established models of the Audi and Volkswagen Group and are therefore widely used. It is the central engine – a world engine.

The DTM raced with naturally aspirated V8 engines for a very long time. Was switching to the four-cylinder turbo engine the right move?
This move was overdue. We started pursuing this approach as far back as ten years ago. At that time, the concept of the Global Race Engine was created. This four-cylinder turbo power-plant could have been fielded in many worldwide racing series. In terms of power, weight and dimensions, this is is the case with the new DTM engine as well.

Since when has Audi Motorsport been working on the new DTM engine?
Initial considerations and a basic concept date to 2008. Since December 2014, we’ve been pursuing this engine project with great intensity. At that time, the course was set for a joint future of the DTM and the Japanese Super GT.

A two-liter four-cylinder turbo was also used in the World Rallycross Championship. Are the engines comparable?
No. The rallycross engine was neither a direct-injection type nor a true race engine. It was totally production-based with limited mileage of 300 to 400 kilometers. The new DTM engine is a true race engine that’s designed to last for 6,000 kilometers before the first rebuild – and, ideally, for the same distance again afterwards.

Audi has a lot of experience with turbo engines in motorsport. Even the original quattro in the World Rally Championship was a turbo. Is this know-how helpful?
Naturally, every engine is different and every set of regulations poses different challenges. But you can spare yourself a lot of mistakes and a few loops by knowing the basic principle.

With the new DTM turbo, how intensive is the exchange between motorsport and production that has traditionally been of great importance to Audi?
Obviously, our colleagues in production have a few requirements that differ from ours. But efficiency also plays a major part there, just like weight does. With a weight of 85 kilograms the DTM engine is very light, a lot lighter than a production engine. We’re pointing out a few approaches that will hopefully find their way into future road-going vehicles as well – like in the case of the first TFSI for Le Mans and the TDI.

What, specifically, are you thinking about in this context?
Weight and lightweight design, especially in the context of avoiding CO2 emissions, plus in terms of consumption. The specific consumption of the DTM engine is extremely low and now within ranges that used to be typical for diesel engines.

Did the development of the new DTM engine go smoothly?
The four-cylinder engine per se is not a simple engine. Above all, it’s very vibration-intensive. You have to rethink things that principally used to work without any problems. We did have a few concerns in that respect, but managed to get a handle on them by putting in a great effort and a lot of hard work.

Why is tuning a turbo engine more complex than tuning a naturally aspirated one?
You have more adjustment options such as charge pressure, charge air temperature and adaptation to the respective environment. Extracting the maximum from the engine is not more difficult, but more complex. In addition, the engine has a relatively high compression ratio, which makes it more susceptible to knocking.

For the first time, there will also be a push-to-pass function in the DTM. What impact did this function have on the development?
The engine was originally designed to deliver some 600 horsepower. Now, another 30 horsepower is added for a specified period of time. This massively increases the overall load, even though it’s just for a limited duration.

What can the drivers look forward to?
Drivers per se are always interested only in power and torque. The engine has plenty of that. However, they also immediately noticed that driving the turbo engine is slightly different from the naturally aspirated engine and that the car is more agile due to the lower vehicle weight. Plus, the engine is very spontaneous, quickly revving up to 9,500 rpm. I can well imagine that this is fun.

Will the fans have fun, too?
The fans will enjoy hearing the sound a four-cylinder engine can produce and not miss the eight-cylinder ones. In the first test in Estoril, I was immediately impressed about how good and aggressive the turbo engine sounds. It’ll be an absolute spectacle.

The new DTM engine has an anti-lag system (ALS). What is an ALS?
An ALS helps eliminate turbo lag. In the deceleration stage, in other words when the driver approaches a turn and brakes, the turbocharger is artificially kept spinning. When the driver accelerates again after the turn, he’ll immediately have charge pressure.