Two podium finishes for Audi Sport at the Slovakiaring 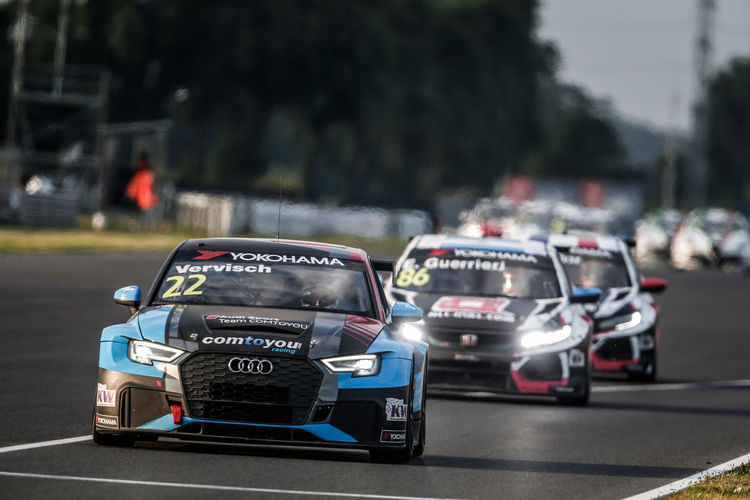 The race weekend close to the Slovakian capital Bratislava started with a strong performance from Jean-Karl Vernay. The 30-year old Audi Sport driver fought his way up to second place after starting race one in his Audi RS 3 LMS from fifth on the grid. As a result, he finished on the podium for the third time this season and moved up to fourth place in the standings. Three privateer drivers in the top-ten completed the successful weekend opener for the brand: Denis Dupont from Audi Sport Team Comtoyou finished eighth and was second best Audi driver. The 25-year old budding talent scored his first points of the season as a result. Close behind followed the two Frenchmen Aurélien Panis and Nathanaël Berthon from Comtoyou Racing. Berthon scored points for the fifth time this year, Panis for the fourth time.

While Jean-Karl Vernay retired from the second and third races, Frédéric Vervisch was the best Audi Sport driver on both occasions. The Belgian, who had previously shone in a stirring comeback drive from 21st place to sixth in the street race in Portugal, finished eighth in race two at the Slovakiaring with Audi Sport Team Comtoyou. He started the third race from seventh on the grid yet again as best driver of an Audi RS 3 LMS. Vervisch made up three positions immediately at the start and subsequently battled over many laps for third place with WTCC World Champion Thed Björk. In the end, the 31-year old Audi Sport driver mounted the podium for the fourth time this season. To date, the Audi drivers have taken seven podium positions.

After an eleven-week summer break, the FIA WTCR starts its overseas season on the last September weekend on the track in Ningbo, China. Four events in Asia are on the agenda up to November.