Two Audi drivers on front row of the grid 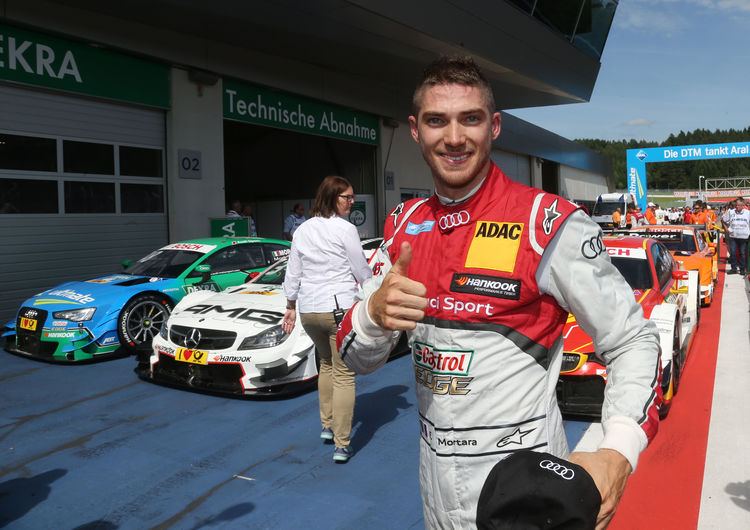 For the fourth time this year, Audi has secured the complete front row for a DTM race. At the Red Bull Ring at Spielberg, Edoardo Mortara and Jamie Green took positions one and two for Saturday’s race (start at 18.13, live coverage on ‘Das Erste’ beginning at 18.00 CEST).

On the track that saw him clinch his first victory, as well as his only pole position in the DTM so far, Edoardo Mortara in the Castrol EDGE Audi RS 5 DTM of Audi Sport Team Abt Sportsline showed an impressive performance. After having set best times in both free practice sessions, the Italian was in front in the first qualifying session as well – and clearly so, as he put nearly two tenths of a second between himself and his immediate rivals.

After having only been in position 13 on his first set of tires, Mortara, in his second trial, managed a perfect lap that saw him clinch the top spot on the grid for the second time in his DTM career. “The Red Bull Ring is obviously pretty good for me,” beamed the Audi driver. “I like the track and the atmosphere too. I’ve been tremendously happy so far. We’re really fast.”

Second place on the grid was secured by leader of the standings Jamie Green in the Hoffmann Group Audi RS 5 DTM of Audi Sport Team Rosberg. Shortly before the end of the 20-minute qualifying, the Briton bumped Mercedes driver Pascal Wehrlein to grid position three.

The runner-up in the standings, Mattias Ekström, in the Red Bull Audi RS 5 DTM in position nine, was the third-best Audi driver. Mike Rockenfeller in the Schaeffler Audi RS 5 DTM of Audi Sport Team Phoenix in tenth place completed the top ten.

For Miguel Molina, qualifying ended early, as the brakes on his Teufel Audi RS 5 locked.