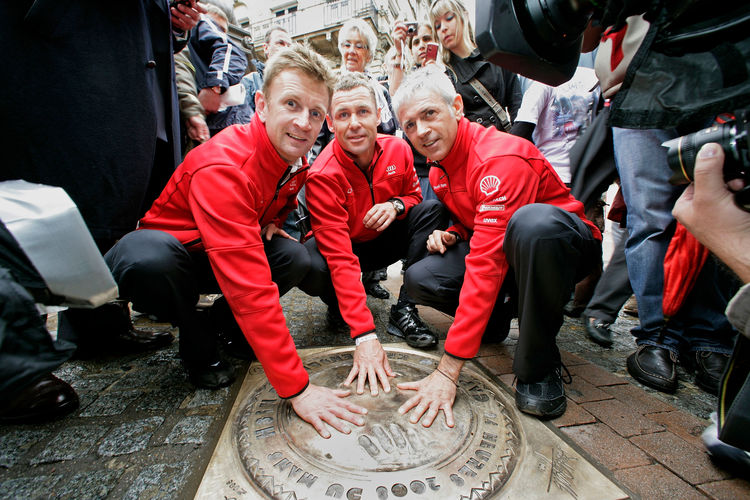 “Hello everybody - and Happy Easter! After my excursion into Formula 1 I flew directly from Australia to Botswana and South Africa. On Sunday, I’ll be on my way to Europe again. The next tests with the R15 plus are on the agenda as well as the first test race for which Allan (McNish), Dindo (Capello) and I’ve been nominated as drivers.

Speaking of Allan and Dindo: the three of us have been a driver team for as many as five years. We’re used to working together, we trust each other blindly, and we get along tremendously. That’s extremely important at Le Mans because the drivers of a team have to be in perfect harmony there. Racers must be very self-confident by nature. But in a 24-hour race personal egos have to take second place. Every individual in the squad and teamwork are crucial there. And Audi is known for that!

Another crucial point is finding the best compromise that all three drivers of a car can live with. Only then you will have a chance to succeed. It starts with simple things like the seating position, which is never optimal in a race car. You always have a slight feeling of being pinched and it always hurts a bit. But you can make the seating position a little more pleasant and thus more comfortable.

We start by optimizing the seating position for the driver with the longest legs. Then the driver with the biggest body has to comfortably fit in the seat. We use personal inserts, padding and headrests to adjust everything else and take these things onboard with us when we take turns at the wheel.

Allan, Dindo and I have already used the tests in the USA to optimize the seating position. You can’t imagine how important that is because a lot of people don’t realize what kind of strain is put on the drivers at the Le Mans 24 Hours – not just mentally but also physically.

The crucial point is that Le Mans makes maximum demands on you the whole time and never lets you relax. As a young man I used to play a lot of soccer. You play full power for about ten minutes and then slow down a bit before you give everything again. At Le Mans you can’t do that: you’ve constantly got to stay concentrated and deliver full performance - lap by lap, hour by hour.

The physical strain is very high during the race. The inertial forces in the fast corners are enormous but so are the forces while braking and accelerating. Every time you hit the brakes you spend physical power. And even using the clutch and the gas pedal costs energy. So as a driver you’ve got to be fit enough to handle all this and sit in the cockpit as comfortably as possible.

We’ve also got to find the best compromise for all three drivers when it comes to the car’s set-up. Our engineer, Howden Haynes, has a crucial part in this too – in a way, he’s our fourth man. We often have heated discussions about the set-up and sometimes even argue a bit but in the end Allan, Dindo, Howden and I are always able to agree on a common approach.

Allan, Dindo and I have been working together for over ten years now at Audi. In 2000, Allan and Dindo were team-mates in the American Le Mans Series. In 2001 and 2002, I drove together with Dindo in the United States. In 2005, I fought a fantastic duel for victory with Allan at the Sebring 12 Hours. When we were both standing on the podium we spontaneously decided that we wanted to become a team at future Le Mans events.

We immediately won our first joint race, at Sebring in 2006. And of course our triumph at Le Mans in 2008 was the absolute highlight. So that was obviously a good decision and we also have a lot of fun together off the track. Although our personalities differ, we’ve got a similar sense of humor. We can laugh about the same things - including ourselves. We’ve learned that over the years.

Our other two driver teams, by the way, are very similar in terms of going back a long way: “Rocky,” Romain (Dumas) and Timo (Bernhard) have known each other ever since they raced together for Porsche. And our newcomers, Benoit (Treluyer), André (Lotterer) and Marcel (Fässler), are a really close trio - especially Ben and André who’ve spent many years together in Japan.

There’s no doubt in my mind that Audi is in a very good position for Le Mans with its driver line-up.”