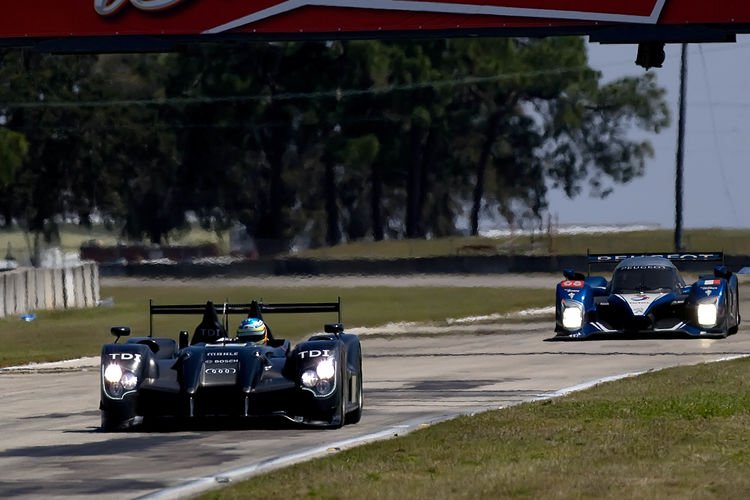 “Hello everybody! When you read these lines, I’ll be down under in Australia. While we were testing the Audi R15 TDI in the United States I received a message that FIA President Jean Todt was expecting me to call him back. He invited me to support the stewards at the Formula 1 Grand Prix in Australia. After discussing the invitation with Dr. Ullrich I spontaneously accepted. I’ve always supported the idea of the stewards being assisted by an experienced and neutral race driver because a driver’s experience simply puts him in a much better position to judge certain situations.

So I was very happy about Jean Todt’s invitation. I feel honored that I’ve been asked to assume this great responsibility and it shows me what kind of prestige the Le Mans 24 Hours have.

After the tests last week in Florida I stopped at Sebring. I arrived at the circuit exactly when the national anthem was being played and the cars were lining up on the grid. Especially after our victory last year with Allan and Dindo it was a really funny feeling not to be contesting the race myself and not to see any Audis on the starting grid either.

Still, it was nice to be there and to soak up the great atmosphere that always exists at Sebring. The large crowd saw an exciting race in the first few hours, particularly in the GT2 class.

Peugeot put on a good show at Sebring. Of course they didn’t have any really serious rivals in this race and were never under any really heavy pressure, but the cars were fast and ran like clockwork. This again confirms my opinion that Le Mans 2010 will be very tough.

With the R15 plus, we’ve definitely made a step forward. During the first tests, however, we found that there is still a lot of work to do for us. At Le Mans we need a car that is fast and efficient as well as highly drivable.

I know that based on the experiences from this week the engineers from Audi Sport will quickly come up with a solution while fine-tuning the car. We should keep in mind that we’re still in the very early stages of our testing program.

At the moment, I can only tell you what my driver colleagues and the engineers and technicians from Audi Sport Team Joest are saying. I sat in the cockpit but, as expected, wasn’t able to test because I should not push down the clutch pedal with my injured foot. But I’ve still got 78 days before we start at Le Mans – and from now on without crutches, by the way!”