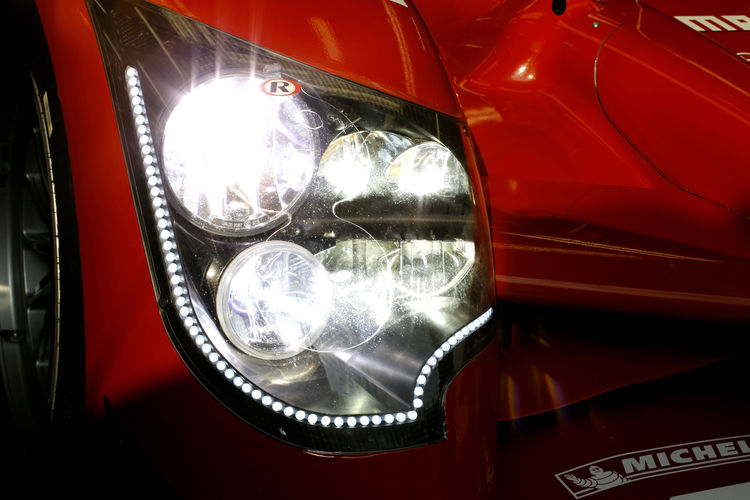 “The 1000-kilometer race at Spa-Francorchamps last weekend gave us a little foretaste of Le Mans. I’m pretty sure that the cars from Audi and Peugeot will be on an equal footing in June and that the spectators can look forward to an extremely thrilling duel.

Obviously, we were a little disappointed that we didn’t win the race at Spa. Just before the end of the race we opted for intermediates. Unfortunately, the rain stopped again too early and so we even lost second place just two laps before the end on a fast drying track. But nothing ventured, nothing gained – we’re simply real aggressive racers.

As planned, the test in racing conditions at Spa gave us a lot of valuable findings for Le Mans. Our R15 TDI was running in Le Mans trim, which means relatively little downforce. That’s why we lost a lot of time in the turns, especially in sector 2, and particularly in the rain. But while accelerating and on the straights we were fast – and that’s really important at Le Mans.

The rapid weather changes we had at Spa can happen at Le Mans as well. You’ve got to be prepared for everything in these races: pouring rain like what we had on our first victory with the TFSI engine in the 2001 season, blazing heat in 2002 or changing weather conditions like at our – so far – last Le Mans victory in 2008 when we made exactly the right tire choices and strategy at the right moment and thus managed to beat the Peugeots that were faster at that time.

But even in stable weather we’ve got to be prepared for various conditions. The track constantly changes during the race not only because of the temperatures but because each lap puts more rubber on the tarmac, which changes the grip conditions. We have to consider this when we set up the vehicle with the feedback of the three drivers. Because we’re not allowed to make any major modifications on the car, we need to come up with the best possible compromise for the 24 hours. That’s why we even accept losing some time in the early stages of the race – for example, by a car that tends to understeer a little but then keeps getting better as the race progresses, or with softer tires and a different balance for the night. This is one of the reasons why Le Mans is such a thriller: even if a car dominates in the beginning that doesn’t mean it will continue to do so throughout the 24 hours.

As a driver at Le Mans you’ve also got to adjust to different lighting conditions: sun, dusk, darkness at night and the rising sun on Sunday morning that partially blinds you. We use various visors and tear-offs on our helmets to try and maintain ‘20/20’ vision.

Of course the night is particularly fascinating at Le Mans. The feeling for speed is totally different when it’s dark outside. Everything appears to be even faster than in daylight. It produces even more adrenaline and heartbeat. Just think about the ‘blind’ Porsche corners which we tackle with over 240 km/h.

Good headlights are very important for us at night. Last year, the other drivers and I weren’t completely happy with the headlights of our R15 TDI. The engineers from Audi Sport listened to our wishes and gave the R15 plus an additional headlight on each side – and what they gave us were full-LED headlights like those that are already being used on the Audi R8 and will be found on more and more Audi production cars in the future.

This is a good example of how the connection between the production side of the house and motorsport works at Le Mans. The race at Le Mans is a very special test in extreme conditions for the LED headlights. The engineers from Audi’s production car development are eager to receive our feedback, which was very positive after the 30-hour test at Le Castellet. The lighting is fantastic, focussed on the apex of the corners, and the LED headlights even look spectacular from the outside too.

That’s why the decision was made to use this new type of technology at the Le Mans race as well – we want to make use of any advantage, no matter how small, that we may have compared with Peugeot and the other teams.”