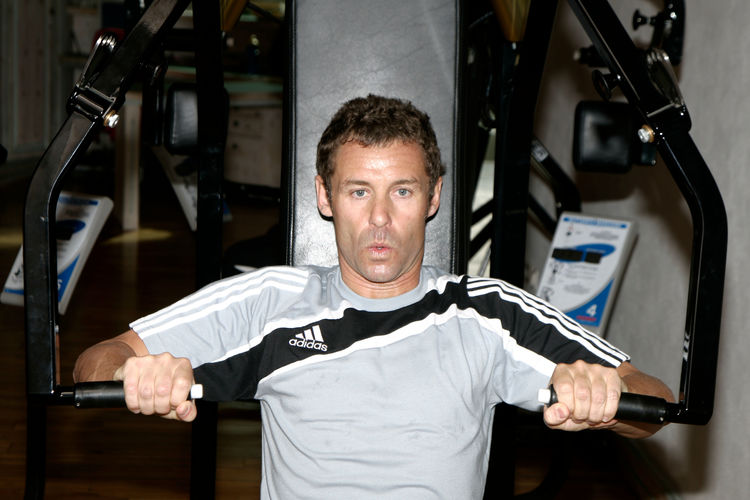 Exactly 100 days from now we’ll know who has won the 24 Hours of Le Mans. With eight victories under his belt, Audi “factory” driver Tom Kristensen is the “King of Le Mans” and knows exactly what counts at Le Mans. Starting today, he will provide some exclusive insights behind the scenes of the world’s most exclusive endurance race and the preparation by Audi Sport Team Joest.

“Hej motorsport fans! I’m very happy that from this week forward I’ll have the opportunity to tell you a little bit about the race of the year. Le Mans is my great passion and one of the biggest challenges that exist in motorsport. But most of all it’s a race that perfectly fits our times and Audi. Le Mans is very much about efficiency and reliability, not just about speed. And very few people can imagine how much work and know-how are being invested in a Le Mans victory. This makes Audi’s accomplishments at Le Mans over the past few years – initially with the TFSI engine and with the TDI since 2006 – even more remarkable.

Unfortunately, there was a little damper put on my personal Le Mans preparation in January. During a sporting holiday at the Club La Santana in Spain I tore the heel tendon of my left leg while playing badminton with my son Oliver. More than anything else, the accident has forced me to be patient because it typically takes about 14 weeks or more for the injury to heal and before the foot may be fully stressed again. I still have to wear a supporting shoe but am hoping to get rid of it soon.

Of course I’m trying to stay fit as best I can despite this situation. I’m on a diet and apparently left a pretty good impression at the winter camp at the Sonnenalp in the “Allgäu” last week – at least, that’s what Doc John, our team physician who has been actively involved in my rehabilitation process from the outset – has told me.

It was also good to see Dr. Ullrich, Ralf Jüttner and the other drivers again after the winter break. At the beginning of January I was in Ingolstadt for a seat fitting, but the last time I’d seen most of the squad was at the Christmas party in Ingolstadt in December. So we had a lot to talk about ...

Allan, Dindo, Marcel and “Rocky” told me about the tests they did at Sebring in January. The new drivers were there too and tested the R15 TDI for the first time. Apparently, they immediately handled the car very well which means that we’ll be a very strong team at Le Mans in June. That’s important if we want to beat Peugeot, Aston Martin and the other strong rivals – and that’s clearly our goal, no doubts about it.

I also took a short trip to Kempten to bid my final farewell to the Abt guys after six great years in the DTM. It was a tremendous evening with a number of surprises. My former mechanics, for instance, had built a train out of sleds for me that was emblazoned with the words “Tom K Express.” It was really a cool idea, so thank you again for that!

That marked the end of the DTM chapter for me once and for all, even though I’ll continue to follow the races with keen interest and keep my fingers crossed for Eki, Timo & company. But as far as my personal activities are concerned, I’ll now will fully concentrate on Le Mans and the other racing commitments with the Audi R15 TDI.

After today, we’ve still got exactly 99 days to go before the race at Le Mans starts – and there are plans for every single day of our Le Mans preparation. For us drivers the exciting period starts now because we’re beginning to test with our current-specification Le Mans car.

In January, at Sebring, an interim model had still been used. The roll-out of the current-specification “R15 plus,” as it’s internally called at Audi Sport, took place in Neustadt on Wednesday. “Rocky,” our youngest driver who won the 24-hour race at Daytona in January, was at the wheel. Aside from the fact that there had been freezing temperatures at night so that it was impossible to drive on the oval of the test track everything went according to schedule.

Now, the “R15 plus” is on its way to the United States where the first tests are on the agenda, and hopefully in good weather conditions. I don’t want to reveal too much about our new “baby” today. Just this much in advance: the guys at Audi Sport in Ingolstadt and Neckarsulm and the Joest squad have left no stone unturned to make sure that we’ll be able to bring the Le Mans trophy back to Ingolstadt. Even though, as always at Le Mans, this is no easy feat ...

Now it’s up to us, the drivers, to pick up the ball. Together with Ralf Jüttner, Jo Hausner and the other clever engineers and technicians we need to squeeze the optimum out of the car with a lot of detailed work. We’ll have until 3 p.m. on June 12 to do this. At that time, it’s all got to be perfect.

Next week, I’ll give you a first-hand account of how we work during the development tests and what’s crucial in the process. Maybe I’ll even be allowed to show you one of the first photos of our new Le Mans racer then.”