{{ activeItem() }}
Twitter
08/14/20
The new #Audi #S3 Sedan looks particularly sporty with its dynamic #design and S-specific elements. What is your fa… https://t.co/ac80AI9yCj
08/14/20
RT @audisport: MEDIAINFO: Strong end to the season for Audi Sport ABT Schaeffler in Formula E &gt;&gt; https://t.co/We6YUrlfOm #PerformanceIsA…
08/13/20
Investing in a sustainable #future: Efficient #production processes and #recycling cycles help us achieve our… https://t.co/PsNA5EJS8F
08/12/20
#WhatsUpAudi on a secret mission: Discover the process behind the #Audi camouflage #design and how it sets the tone… https://t.co/4989jovfiy
Audi on Twitter
YouTube
08/12/20 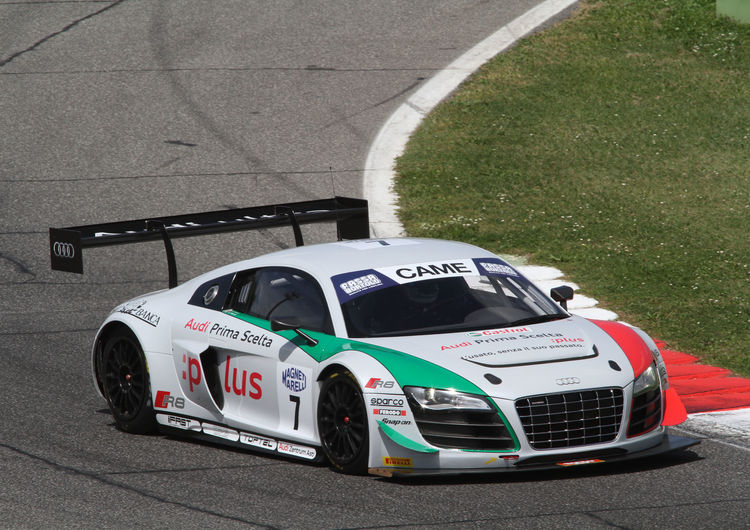 The aim is clear: Audi Sport Italia is determined to defend its title in the Italian GT Championship. The new season is starting on May 2, and Emilio Radaelli is putting two Audi R8 LMS ultra cars on the grid. The team’s drivers include the three-time Le Mans winner Dindo Capello who will be retiring from motorsport this year.

The Italian racing series numbers among the world’s most fiercely competitive national GT3 series. In the opening round at Vallelunga, the sports cars from eight manufacturers will be pitted against each other. Audi Sport Italia has been contesting the championship since 2009 and is bringing the experience from three victories in the teams’ classification, a drivers’ title and 19 single victories to the grid. Last year, the squad won the teams’ classification with a 37-point advantage.

For the title defense mission, Audi Sport Italia again relies on a driver mix of youth and experience. 51-year-old Dindo Capello, who has won the Le Mans 24 Hours three times, will be racing together with three young talents. Capello is sharing the cockpit of the Audi R8 LMS ultra with Emanuele Zonzini (21) from San Marino. The sister car will be driven by the two Italians Marco Mapelli (27) and Andrea Amici (21). Mapelli missed winning the champion’s title last year with Audi Sport Italia by just three points. Andrea Amici won the Lamborghini Super Trofeo in 2013 and is making his debut in a car of Audi Sport Italia this year.

“The large number of local talents on the grid in the 2015 season has not been since the Super Touring Car era in the nineteen-nineties,” says team boss Emilio Radaelli. “It’ll be a challenging championship for sure. Ever since we started our GT3 program we’ve been battling for the title and are again going to give our all through to the last lap in the last race.”

Radaelli is expecting a thrilling racing season – plus an emotional one, with Dindo Capello having announced that this is going to be his last full season as a driver: “When I entered the GT3 program in 2009 with my good friend and former mentor Emilio Radaelli, I was a professional driver for Audi Sport and a part-time Audi dealer. Now I’m a full-time Audi dealer and have decided that 2015 will be my last full year of racing. So, it’s going to be a very special season and a great tour of saying goodbye to my fans.”

„Audi Sport Italia has existed since the nineteen-eighties,” says Romolo Liebchen, Head of Audi Sport customer racing. “Emilio Radaelli and his team have always represented the brand south of the Alps with a passion and excellent results – be it in rally racing, the Super Touring Cars or, since 2009, in GT3 racing. We’re convinced that Audi Sport Italia is going to battle for the title again. We wish Emilio and his drivers a good season and a lot of success.”

The Audi customer teams in the 2015 Italian GT Championship