The chase continues into the next round 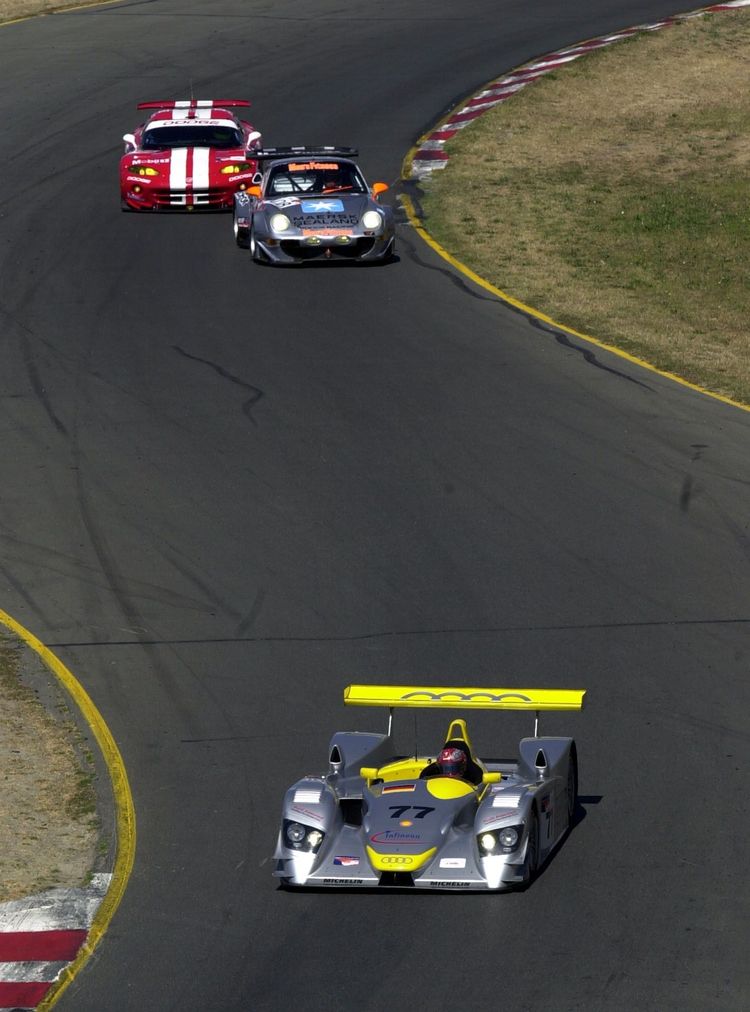 Audi´s hunt for the lead in the American Le Mans Series (ALMS) continues: Following its victory at Sears Point, California, the Team Audi Sport North America prepares both open Audi R8 racing sportscars for next weekend´s round at Mosport. At the sixth ALMS race on 6 August, the only round to be contested in Canada, the Audi works driver line-up are determined to push ahead for the points lead.

With its recent double victory in California, Audi notched up enough points to overtake the Panoz team and secure second place in the manufacturers´ championship behind BMW. With this result the Audi R8 continues its run of successes: At all events where the new-generation prototype competed this year, the Audi pilots finished on the podium. The season-opener in Sebring netted a double victory, with Le Mans yielding places one, two and three for Audi.

Mosport Park provides the drivers Biela/Pirro and Capello/McNish and their vehicles with a special challenge. "The circuit is extremely uneven and therefore very demanding. We´ve never competed there before, except for a planned test day to set-up the car," says team director Reinhold Joest. "At Sears Point we proved that we can quickly familiarise ourselves with new tracks. If all goes well with the set-up, like in California, then we can expect to be up front again."

Allan McNish faces this challenge with optimism. The Scotsman lapped the entire field at Sears Point before handing the car over to team mate Capello. "Even though the remaining ALMS race tracks are unfamiliar territory to us, I´m confident that we can secure the title, especially after our success in California," he says.

The Mosport circuit, situated 60 miles east of Toronto, enjoys a long-standing tradition. Between 1967 to 1977 the Canadian Formula 1 Grand Prix was contested eight times on the 2.46 mile track.