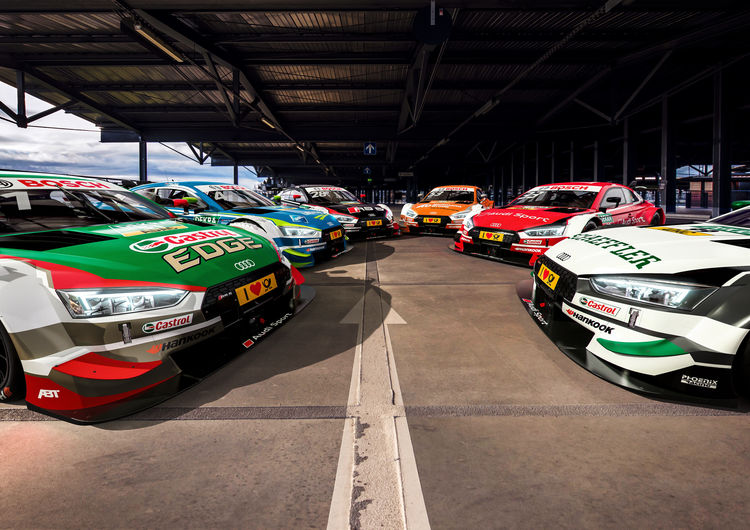 Same number but a new wrap for the DTM Champion: in the 2018 DTM season, title defender René Rast will race in a red Audi Sport RS 5 DTM.

Audi has adapted last year’s championship-winning car to the changed regulations and at the same time refreshed the graphic designs of all the Audi RS 5 DTM cars. In the 2018 season, René Rast will not be racing in a car bearing the DTM Champion’s number 1 but continue to drive car number 33, the number that brought him luck last year. However, his Audi Sport RS 5 DTM is no longer black but red like the Audi Sport rhombus.

Mike Rockenfeller’s Schaeffler Audi RS 5 DTM is white and green for the first time this year. Schaeffler has been a partner of Audi since 2011; the livery had been yellow and green ever since. After Audi previously adapted the e-tron FE04 in the Formula E electric racing series to the new colors, the DTM car is now following suit.

A constant in Audi’s DTM lineup is Jamie Green. In 2018, the Briton is competing again in the striking orange of the Hoffmann Group. The supplier of quality tools is now partnering with Audi and Green for the fifth year.

Loïc Duval’s fans will have to get used to a new look. The Frenchman is driving a black Audi Sport RS 5 DTM in 2018. For his second DTM season, he has also selected a new number for his car: “28 is the number of the French ‘département’ where I was born. It has accompanied me my whole life.”

We’re proud to be able to rely on long-standing partners in our title defense project,” says Head of Audi Motorsport Dieter Gass. “In 2018, we’d like to again clinch as many titles as possible, above all, obviously, the drivers’ title which enjoys the greatest prestige in the DTM.”

The new DTM season will start at the Hockenheimring on May 5 and 6. The race track in Baden-Württemberg will also be the venue of the final pre-season tests to be held from Monday (April 9) to Thursday (April 12).