“Progress is all about understanding each other” Dr. Christiane Zorn, Head of Product Marketing Audi AG, joins us in the rear of the new Audi A8* to share insights that shaped the design of this premium vehicle. The interior offers a private place for the passengers with the comfort, features and feel of a first-class lounge. She explains, “the new A8 is completely optimized around the riding experience.” This isn’t just more space, it’s space for progress. #Audi #AudiA8 #FutureIsAnAttitude #SpaceForProgress -------------------- *Further information on official fuel consumption figures and the official specific CO2 emissions of new passenger cars can be found in the EU guide "Information on the fuel consumption, CO2 emissions and energy consumption of new cars", which is available free of charge at all sales dealerships, from DAT Deutsche Automobil Treuhand GmbH, Hellmuth-Hirth-Strasse 1, D-73760 Ostfildern, Germany and at http://www.dat.de.
YouTube 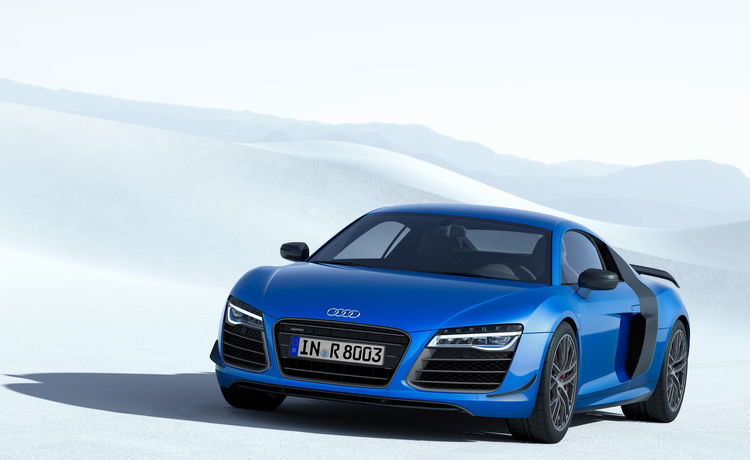 Audi is the leader in developing automotive lighting technology. In 2008, the Audi R8 became the first production car in the world to boast all‑LED headlights; this was followed in 2012 by dynamic turn signals. Audi launched a new chapter in automotive lighting with the Matrix LED headlights, which debuted in the updated A8 in 2013. Now the brand with the four rings is igniting the next stage in the R8 LMX: the laser spot for the high beams. It increases the range substantially, which is ideal for a supercar like the R8 LMX.

The Audi engineers work very closely with their racing colleagues on the development of lighting technologies. The combination of LED and laser high beams, for example, will be used for the first time on the new Audi R18 e-tron quattro at the 24 Hours of Le Mans on June 14 and 15. The premium brand is thus continuing its tradition of using racing to test new technologies destined for production.

“Audi has long dominated the most important 24-hour race. In addition to the outstanding TDI drive technology, a maximum light yield gives our pilots a major advantage, and with night racing in particular is a key factor to our success,” says Prof. Dr. Ulrich Hackenberg. “The transfer of the laser headlight to the Audi R8 LMX underscores our leading position in lighting technology. The safety benefit this provides to the customer truly represents Vorsprung durch Technik,” says AUDI AG’s Board Member for Development.

With the new laser high beams, one laser module per headlight generates a cone of light with twice the range of the all‑LED headlight. Each module comprises four high‑power laser diodes. With a diameter of just 300 micrometers, these generate a blue laser beam with a wavelength of 450 nanometers. A phosphor converter transforms this into roadworthy white light with a color temperature of 5,500 Kelvin – ideal conditions for the human eye that enable the driver to recognize contrast more easily and help prevent fatigue. The laser spot, which is active at speeds of 60 km/h (37.3 mph) and above, supplements the LED high beam in the R8 LMX and greatly enhances visibility and safety. An intelligent camera‑based sensor system detects other road users and actively adjusts the light pattern to exclude them.

The new top model also sends out a clear visual signal with its Audi exclusive customized paint finish in Ara Blue, crystal effect. A large, fixed rear spoiler increases the downforce on the rear axle. Like the front spoiler lip, the flics on the sides, the engine compartment cover, the exterior mirror housings, the sideblades, the rear wing and the diffuser, it is made of carbon fiber‑reinforced polymer (CFRP) with a matte finish. The Singleframe grille, the air inlet grilles up front and the outlet grille at the rear are finished in titanium gray. The sport exhaust system has high-gloss black tailpipes.

The dynamic lines carry over into the black interior, which also features blue accents. The folding bucket seats are covered in Fine Nappa leather with Sepang Blue diamond pattern. The backrest covers are finished in Ara Blue. Sepang Blue stitching provides subtle contrasts, including on the parking brake lever, the center tunnel console, the steering wheel and the instrument cowl. The black Alcantara headlining and black Fine Nappa leather door trim panels take up the Sepang Blue diamond pattern of the bucket seats.

Subtle details round out the interior. Matte carbon is used on the covers of the center tunnel console and the parking brake lever, on the inlays in the doors and the arc around the cockpit. Illuminated aluminum inlays bearing the limited-edition number are integrated into the CFRP door sill trims. Fine Nappa leather adorns the selector lever for the S tronic and the knee pads; the floor mats have black piping and Sepang Blue stitching.