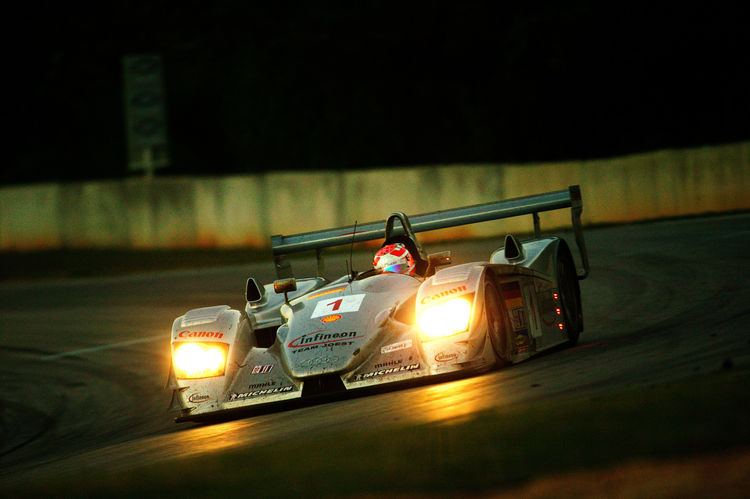 Customer sport at the highest level – this was the motto of the AUDI AG 2003 motorsport season. The Audi Sport Customer Sport Department take stock of a series of extremely positive result: Customer teams worldwide celebrated numerous wins, therefore continuing seamlessly the successes of the Audi works team over the previous years.

In Le Mans again on the podium

Le Mans: ADT Champion Racing and Audi Sport Japan Team Goh presented the Audi R8 at the 24-hours race in Le Mans with a further success. The two Audi customer teams occupied third and fourth places behind the Bentley works cars. Therefore, Audi drivers stood on the winners rostrum for the fifth time in succession at the world’s most famous endurance race following a third place at the Le Mans debut in 1999 and the Audi works team’s three victories in the years 2000, 2001 and 2002.

STCC: Fredrik Ekblom won the Swedish Touring Car Championship (STCC) title with the Audi A4 of Team KMS Motorsport. The race version of the new Audi A4, which was developed by KMS in cooperation with the Audi Sport Customer Sport Department, caused quiet a sensation from the very beginning. Ekblom secured the championship lead right at the start of the season with a victory on the debut of the A4, successfully defending it through an impressive series of podium finishes.

SPEED GT: The Audi R6 Competition, in its debut race season, also won the championship. Audi driver Randy Pobst regularly stood on the podium and secured the title by wining the final two races of the season. Pobst and team colleague Michael Galati frequently demonstrated the advantages of the quattro four-wheel drive in the SPEED GT World Challenge: The Audi RS 6 Competition where unrivalled at the standing start thanks to their traction advantage.

DTM: Team Abt Sportsline, which won the DTM (German Touring Car Masters) title the previous year with the Abt-Audi TT-R, again took a leading role in the popular touring car series during the 2003 season. At the end of eight of the ten races, at least one Audi driver stood on the podium and at the Nürburgring Team Abt Sportsline celebrated a victory. Mattias Ekström as best placed Audi driver was fourth in the championship and started twice from pole position.

Nürburgring 24h: With support from quattro GmbH, Team Abt Sportsline proved during the 24-hour race at the Nürburgring that the Abt Audi TT-R is also fit for endurance races. After more than 3500 kilometres around the legendary Nürburgring-Nordschleife, the Audi drivers Christian Abt, Kris Nissen, Karl Wendlinger and Marco Werner finished, of the 210 starting the race, in second place. The Audi drivers even lead the race a few hours before the chequered flag, before they slipped back to second position following a gearbox change.

Spa/Le Mans 1000 km: Seiji Ara and Tom Kristensen won convincingly both of the 1000-kilometre races at Spa-Francorchamps and Le Mans, held as pilot races for the new Le Mans Endurance Series (LMES), with the Audi R8 of Japanese Team Goh. Audi Sport Team Goh secured a grid spot for next years 24 Hours of Le Mans with their victory at Le Mans.