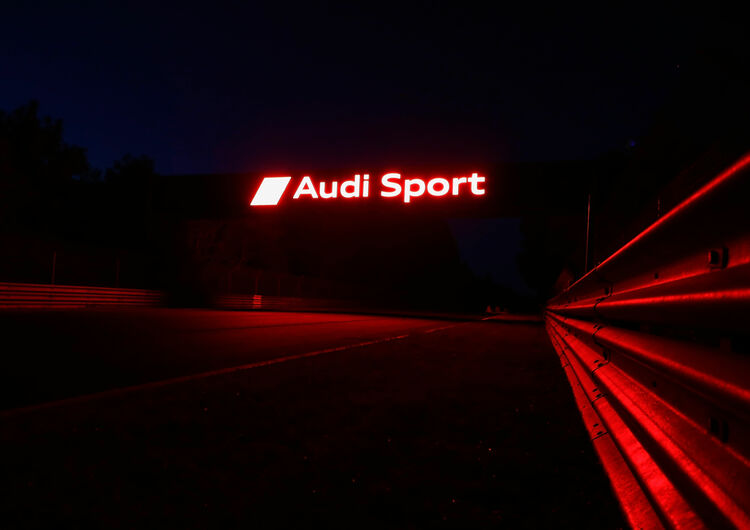 Audi Sport customer racing is concentrating its efforts on two teams in the sporting competition for the sixth overall victory at the Nürburgring 24 Hours. Audi Sport Team Car Collection and Audi Sport Team Phoenix will each field an Audi R8 LMS on behalf of the brand from May 25 to 29. In addition, private GT3 race cars strengthen the line-up.

“We’re well prepared for the anniversary of the classic race in the Eifel,” says Chris Reinke, Head of Audi Sport customer racing. “At the 50th edition, we’re facing the sporting competition for victory with strong driver combinations, two Audi Sport customer racing cars and additional private R8 LMS cars. We want to expand our position as the most successful manufacturer of the GT3 era in the world’s biggest race.” Audi has won the endurance race in 2012, 2014, 2015, 2017 and 2019.

In 2022, three former winners will share the cockpit with an up-and-coming talent in Audi Sport Team Car Collection: Christopher Haase, winner in 2012 and 2014, Nico Müller, winner in 2015, and René Rast, who finished first in 2014, will start the race with their Audi Sport colleague Patric Niederhauser. He won a major endurance race with Audi for the first time last year at the Indianapolis 8 Hour. In Audi Sport Team Phoenix, three other winners share the cockpit: Kelvin van der Linde (2017 winner), Dries Vanthoor (2019) and Frédéric Vervisch (2019) form a team with Robin Frijns, who was third in the Eifel in 2017 and has already won two championship titles with Audi. In addition, Scherer Sport by Phoenix will bring two more R8 LMS and Lionspeed by Car Collection Motorsport will also field two additional Audi cars. For the first time, équipe vitesse, a private team that is very experienced at the Nürburgring, will also tackle the marathon with an Audi R8 LMS. With Mattia Drudi, Ricardo Feller, Pierre Kaffer, Christopher Mies, Frank Stippler and Markus Winkelhock, no fewer than six additional Audi Sport drivers and thus four former Nürburgring winners are spread across the private race cars.

The drivers and teams at the Nürburgring