Skip to content
We are using cookies for a better user experience.
03/20/19
Neuburg a. d. Donau
Sport

Stefan Dreyer: “The format of the DTM is really tough” 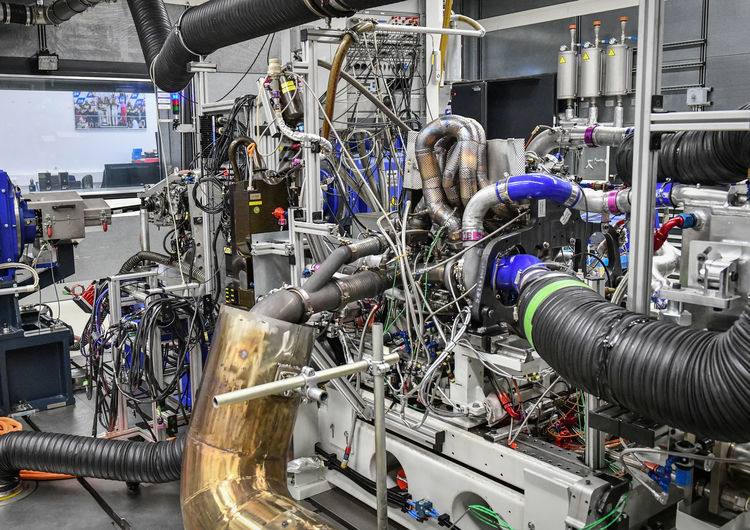 Stefan Dreyer, Head of Powertrain Development at Audi Motorsport, explains the magnitude of the challenge posed by the new DTM turbo engines.

What are the stages of the development process for a new race engine?
Following the initial concept stage, you try to gather experiences with a one-cylinder unit relatively fast. Subsequently, you develop the complete engine. Static and dynamic rig testing is followed by tests on the race track and ultimately by deployment in racing. The entire project is supported by simulations and calculations.

How long does it take to develop an engine like the new DTM turbo power-plant?
Two to two and a half years. In the case of the DTM turbo engine, we stopped the development for one year because the introduction of the new power-plant was postponed to 2019. Now we’re happy and proud to be able to enter a new DTM era with the new engines. I’m convinced that we’ll be able to deliver the most spectacular touring car racing of all time to fans and customers.

How many hours did the new DTM engine run on the dyno?
That’s hard to quantify, but I think that we’re in a range of some 1,000 hours. Every engine subsequently runs on the dynamometer for another two to three hours before being installed in the car for racing. We run a break-in program, a performance check and various functional checks. A DTM engine has to last for a full season. This means that our specialists on the dyno must be one hundred percent sure that the engine they’re going to deploy is really top-notch. We apply the four-eye principle here to guarantee that we’ll be in good shape on the grid.

What exactly happens in rig testing?
Rig testing is a broad subject. Reduced to powertrain and engine development, we’re talking about three types of test rigs. On the one-cylinder dyno, we focus on combustion process development and friction performance investigations and also already on endurance testing to some extent. This has the advantage of allowing for fast and flexible testing of different versions. Then there’s the so-called engine dyno on which the full engine is developed and applied. Finally, there’s the suspension test bench on which we run the entire downforce of the vehicle with maximum realism.

In the early days of the turbo engine, durability was a big issue. Is this still the case today?
Technologies, materials and development tools have seen a continuous evolution over the years. However, when you develop a race engine at the limit the basic challenge is still the same, so I wouldn’t distinguish between yesterday and today. The format of the DTM is a great challenge. The long mileage, distributed to many events with short runs, is really tough.

What mileage is the DTM engine designed for?
For some 6,000 kilometers, in other words the total distance driven during the season.

The new turbo engine has a lot more power and higher torque than the old naturally aspirated V8 engine. What does this mean for the powertrain of the Audi RS 5 DTM?
The four-cylinder turbo power-plant delivers a higher output of more than 100 horsepower. The higher torque puts an additional load on the entire powertrain, too. Plus, the vibration behavior of the four-cylinder engine differs completely from that of the V8. That was a huge challenge in the development of the engine, as well as for our test rigs.

What changes have been made to the car as a result of the new turbo engine?
First of all, the V8 engine had a larger volume. It had a symmetric configuration with two cylinder banks and two exhaust tracts. The new turbo engine has four cylinders in line, the exhaust system and the turbocharger on the right and the intake system on the left. The entire front of the car had to be adapted to this new engine concept, for instance the position of the intercooler, the water and oil cooling systems, the pipes, as well as the optimal airflow to the engine.

How has the exhaust system changed?
On the V8, it used to be installed on the left and right, more or less symmetrically with a small offset. On the four-cylinder engine, it runs along the right-hand side up to about the car’s center.

The new turbo engine is more compact and smaller. Is it lighter as well?
The engine is clearly lighter than the V8, although the minimum weight prescribed by the regulations always has to be taken into account, too. The V8 most recently weighed 148 kilograms, whereas the four-cylinder turbo only weighs 85. That’s a significant weight reduction, which almost exactly translates into the lower dry weight of the vehicle.

What about fuel consumption? You’re talking about a “high-efficiency engine” here.
Considering fuel consumption under full load, it’s initially higher. But we benefit from a disproportionately high output gain. That’s why we engine developers talk about specific consumption, which is a nexus between two variables by means of a formula. And that’s where the new four-cylinder turbo engine represents an all-new world. The entire team in Neckarsulm and Neuburg can be very proud of the fuel economy that has been achieved.

Does fuel consumption even matter at all in the DTM?
In the DTM, it’s actually a very important topic. The more fuel I’m able to save the faster and more performant I’ll be because I have to lug around less weight over the whole race distance. A highly efficient combustion process and low fuel consumption are decisive success factors.

How does the push-to-pass system work that will be used for the first time in the DTM this year?
The V8 had an air restrictor, whereas the fuel supply is limited in the case of the turbo engine. A so-called fuel flow restrictor (FFR) ensures that a maximum of 95 kg of fuel per hour can be supplied to the engine. When the driver activates push-to-pass an additional 5 kg per hour is made available for five seconds via a bypass. This results in a boost of about 30 horsepower which the driver may use for overtaking or for achieving a better lap time. 30 horsepower doesn’t sound like a lot but posed a great technical challenge we had to master. However, I believe that push-to-pass in combination with the DRS wing and the altogether faster cars will deliver awesome racing to the fans. I’m really looking forward to it already.

Can you just “rev up” the power of a turbo engine for qualifying?
That’s not possible because the fuel supply is limited. However, it’s clear that the engines have to last for the full season, in other words for 6,000 kilometers. The question is, how closely you’d dare to go to the limit right in the first race at Hockenheim? After all, you want to reach the finale at Hockenheim without engine failure. That’s a difficult choice for all manufacturers and in qualifying may well make the difference between pole position and tenth on the grid.