Skip to content
We are using cookies for a better user experience.
10/12/20
Neuburg a. d. Donau
Sport 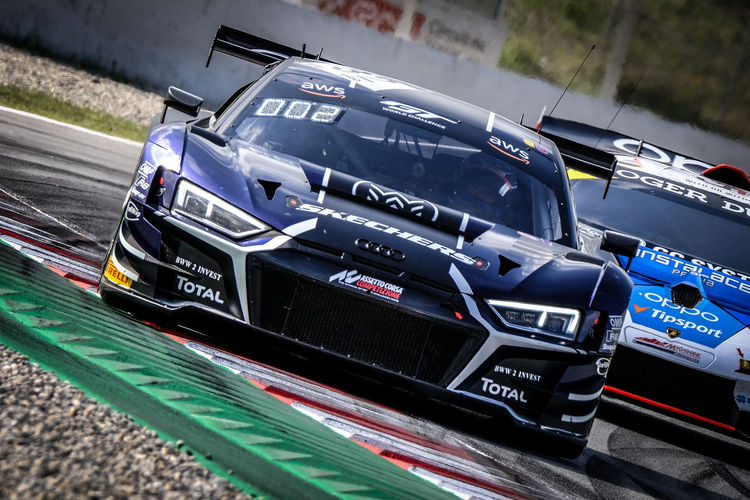 The second weekend of October was full of superlatives for Audi Sport customer racing: two teams won four titles at European level in GT3 racing. In addition, the Audi RS 3 LMS has won two class titles, the first two victories of the race car in the 2020 FIA WTCR season, and leads in the standings of TCR Europe and TCR Japan Endurance.

Four titles in the Sprint Cup: After 2016 and 2017, Belgian Audi Club Team WRT again won the drivers’ title in the GT World Challenge Europe Sprint Cup, which was held under this name for the first time this year. 19-year-old up-and-coming driver Charles Weerts won the title in the Audi R8 LMS together with Audi Sport driver Dries Vanthoor for the first time. Weerts is thus the youngest ever title holder in this series. The driver duo prevailed in the fight for the title at the fourth round of the racing series in Barcelona with just four points ahead. A second place each in the second and third race on the final weekend in Spain was enough for the two Belgians to succeed. As in 2014, 2015, 2016, 2017 and 2018, the Belgian Audi Club Team WRT won the team classification of the racing series. Saintéloc Racing contributed two further class victories. The two Frenchmen Simon Gachet/Steven Palette won the drivers’ championship in the Silver Cup. Their outfit won the Silver Cup team classification ahead of the Belgian Audi Club Team WRT. With Attempto Racing, a third Audi Sport customer team also had reason to celebrate at the finale. The team from Hanover with Nicolas Schöll and Audi Sport driver Frédéric Vervisch celebrated their first victory in the second race with a 4.6 second lead over Weerts/Vanthoor. The Audi R8 LMS thus won five of the ten individual races of the series this season. In the Endurance classification of the GT World Challenge Europe as well as the overall classification from Sprint and Endurance, the Audi teams are also in promising positions two races before the end of the season.

Podium on the island: Car Collection Motorsport achieved a podium result in the fifth round of the 24H Series. At the Sicily 12 Hours on the Pergusa circuit, Michael Doppelmayr/Elia Erhart/Pierre Kaffer/Hendrik Still finished third overall and second in the Am class in the Audi R8 LMS.

Podium finishes in German club racing: Four drivers of the Audi R8 LMS GT4 collected a total of five trophies on the second race weekend of the Norddeutscher ADAC Börde Tourenwagen Cup at the Lausitzring. In the first sprint Tobias Erdmann finished second in his class ahead of Sophie Hofmann, in the second sprint Hofmann was second ahead of Erdmann. Christian Wicht and Tobias Erdmann together achieved second place in the endurance race over a duration of 1:50 hours.

Dream weekend in the FIA WTCR: Comtoyou DHL Team Audi Sport celebrated two victories and a total of five podium places on its best race weekend in the WTCR – FIA World Touring Car Cup so far. Once again, the Slovakiaring was a good place for the Belgian team, which had already won a round of the FIA WTCR there in 2019. Nathanaël Berthon had started the first race in the Audi RS 3 LMS from pole position, just like at the season opener. He lost the starting duel against Nicky Catsburg, but overtook the Dutchman in the Hyundai on the third lap. Up to the finish Berthon built up a three second lead over his best pursuer Gabriele Tarquini on a wet track. The turbulent second race was even more successful for Jean-Michel Baert’s private Audi team. The best driver on the grid of the team from Waterloo was Gilles Magnus in sixth place in front of team mate Tom Coronel. Already in the turmoil of the first lap Coronel pushed forward to the second position, the Belgian Gilles Magnus followed in his slipstream. On lap eight, the Dutchman in the yellow-and-red Audi RS 3 LMS took the lead. With a one-second lead over Magnus, he achieved his first victory in the FIA WTCR. For Team Comtoyou, which has been on the grid since the first race of the FIA WTCR in the 2018 season, it was the first 1-2 victory in this racing series. In the third race, Nathanaël Berthon in second and Gilles Magnus in third completed an extremely successful weekend for the outfit. At the halfway point of the season, Gilles Magnus has extended his lead in the rookie classification to 65 points, having scored full points in all three races. Tom Coronel is now twelve points ahead in the Trophy classification for private drivers. In the overall standings, the Dutchman has improved from fifth to second place ahead of Magnus and Berthon, while Comtoyou DHL Team Audi Sport has moved up from fourth to second place in the team standings.

Junior title in Sweden: Team Brink Motorsport literally had a heavy job at the final of TCR Scandinavia. After the team had won all three individual races just one week earlier, Tobias Brink had to start in the Audi RS 3 LMS with an extra 60 kilograms of weight at the season’s last event in Knutstorp due to regulations. Third place in the second of three sprint races was the best result for the Swede, who had no chance, especially in the rain, due to the extra weight. Nevertheless, last year’s champion team and this year’s runner-up in the team classification will not go into the winter break empty-handed. Brink’s team mate Hannes Morin in the Audi RS 3 LMS won the junior title of the 2020 TCR Scandinavia with an 80-point lead and finished fourth in the overall standings behind Tobias Brink. A week ago, 18-year-old Morin, as the youngest race winner this year, had broken a 21-year-old STCC record set by Mattias Ekström. With a total of nine podium places in four events, including three victories, Brink Motorsport is one of Audi’s most successful national touring car customer teams in the 2020 season.

Victory and class title in Russia: In the seventh and final race of TCR Russia, Andrej Radoshnov caused a surprise. From pole position to the chequered flag, the Audi privateer controlled the final sprint of the racing series at the Fort Grozny circuit and celebrated his first victory. After 20 laps, the Russian from the Carville Racing team crossed the finish line in the Audi RS 3 LMS with a 4.1 second lead. The Audi RS 3 LMS won a total of three races in this year’s championship. 18-year-old Rustam Fatkhutdinov from the AG Team secured the SMP Trophy of TCR Russia for amateur drivers in the Audi RS 3 LMS in the finale, ahead of brand colleague Andrej Radoshnov and ten other drivers.

Championship lead considerably extended: After the fourth of six TCR Europe race weekends, Comtoyou Racing underpins its championship ambitions. The Belgian team has increased its lead in the team classification in Barcelona from ten to 77 points with three podium finishes. In the first sprint, Sami Taoufik started from sixth position. Initially, the Moroccan in an Audi RS 3 LMS fell behind his two team-mates Nicolas Baert and Mehdi Bennani, but overtook them again and advanced to third place. Taoufik started the second race in fifth place. When two opponents in front of him collided, the young driver improved to second place and finished in this position. Behind him followed the Moroccan Mehdi Bennani, who, as the best Audi privateer with a 13-point gap, is now second overall ahead of Nicolas Baert. The Belgian is also the leading rookie in the Yokohama Trophy ahead of team mate Sami Taoufik.

Still leading in Japan: The Waimarama Kizuna Racing Team remains the leader of the TCR standings after the second round of the Super Taikyu Series with the Audi RS 3 LMS. After the opening victory at the Fuji 24 Hours, the Audi customer team finished second at Sugo. The driver team of Kizuna/Katsumasa Chiyo/Hironobu Yasuda/Riki Okusa was only 3.5 seconds behind the winners in a rainy 3-hour race at the finish. Third place went to another Audi RS 3 LMS. Toshiro Tsukuda/Masanobu Kato/Masato Shimoyama/Taketoshi Matsui shared the cockpit of the number 65 Audi Team Mars car.

Three trophies in Mugello: At the third round of the Coppa Italia Turismo, Team BF Motorsport achieved three podium places with the Audi RS 3 LMS. In the first sprint at Mugello Andrea Argenti/Edoardo Barbolini crossed the finish line in third place. In the second sprint, Romy dall’Antonia/Samuele Piccin in second place were the best Audi privateers ahead of Argenti/Barbolini, who again finished third.

Second place in Sicily: For the first time, the 24H Series made a guest appearance in Sicily. At the Pergusa 12 Hours, AC Motorsport took second place in the TCR class. James Kaye/Ricky Coomber/Marcus Menden had shared the Belgian team’s Audi RS 3 LMS.

Two class wins in Great Britain: At the fourth round of the British club racing series Dunlop Endurance Championship, the Audi RS 3 LMS won its class twice. Team Simpsons were unbeatable with Hugo Cook/Sacha Kakad in the joint invitational class for TCR and GT4 models in the two one-hour races at Silverstone.