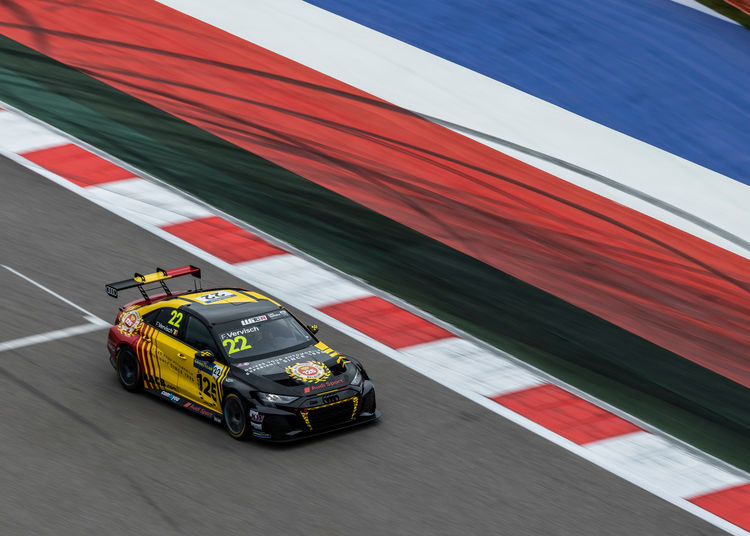 Audi Sport customer racing looks back on a convincing debut year for the Audi RS 3 LMS gen II. At the FIA WTCR finale at Sochi, the second generation of the entry-level touring car closed the season with one title and three runner-up finishes in the standings. The most successful driver in the overall classification was Audi Sport driver Frédéric Vervisch. The 35-year-old Belgian fought for the title right up to the last race weekend and, as the runner-up in the standings, finally clinched his best result in the FIA WTCR to date.

“Frédéric Vervisch has shown his best performance so far in the WTCR as runner-up in the overall standings against tough competition. This is a fine sporting success and a fitting end to a successful trial,” says Chris Reinke, Head of Audi Sport customer racing. “Our congratulations also go to Gilles Magnus, who won the trophy title with our new touring car after winning the rookie title last year. He is thus the best privateer driver ahead of his teammate Tom Coronel.” Audi has prepared its volume model in the most demanding TCR championship for the customer teams in 2021, which can thus be successful in up to 30 racing series worldwide from 2022. A lot of suspense arose in Sochi as early as in the first sprint. On a rain-soaked track, Vervisch and Magnus finished the first race in positions three and four after numerous position battles. Audi Sport driver and teammate Nathanaël Berthon worked his way up from seventh place to fifth over the course of eleven race laps. In the second race, which was also turbulent and marked by many incidents, Vervisch advanced from eighth place on the grid to second position. Nathanël Berthon celebrated his first podium result this year in third place.

Audi Sport customer racing has continuously optimized the Audi RS 3 LMS during tests and in the course of eight FIA WTCR race events since its world premiere on February 5. “Jean-Michel Baert’s Belgian Team Comtoyou has been a valuable and reliable force in this respect and can be pleased with second place in the team classification,” says Dr. Andrea Milocco, Project Manager Audi RS 3 LMS. “Likewise, all the drivers played their part in the success. Frédéric Vervisch is an experienced professional who fought for the title up to the finale, clinched two victories and finished second in the standings. Nathanaël Berthon also contributed to a successful car set-up with his vast testing experience. Crowd favorite Tom Coronel recorded our car’s first podium as a customer in Spain. In his 32nd motorsport season, he is also the second-best privateer driver. And our Trophy Champion Gilles Magnus scored the first overall victory for a customer and the only one for a privateer in the 2021 FIA WTCR in Hungary.”

The overall track record of the new race touring car is impressive after only six months since its race debut: In addition to a best time in qualifying and three further first grid positions in the reverse starting grid of the first sprint each weekend, the Audi RS 3 LMS has clinched three victories, nine further podium places, six fastest race laps as well as one title success. In a field with more than 20 starters and five automobile brands, the TCR touring car with the four rings thus ranks among the front runners from the very beginning. The second generation thus seamlessly continues the winning streak of the first, which has clinched a total of 68 titles worldwide in various categories since 2017.