​‘Rocky’ clinches top spot on the grid for Audi 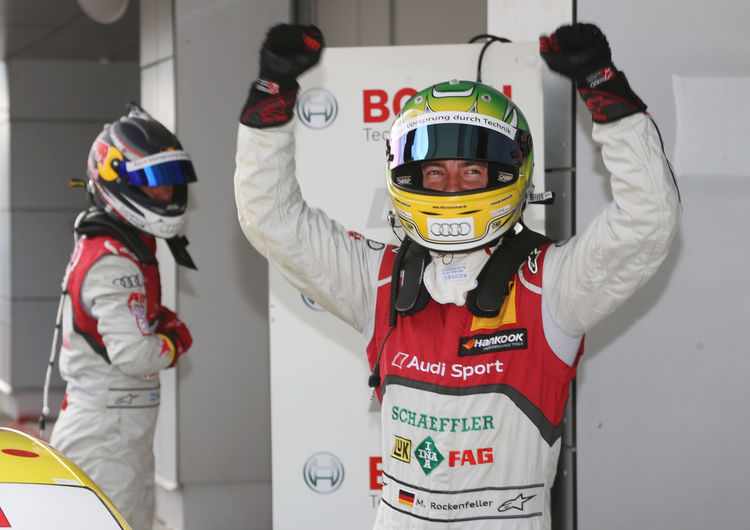 Suspense galore in the DTM: In the qualifying session for race two at Moscow Raceway (Russia), the top six were within 52 thousandths of a second. Four Audi drivers are tackling Sunday’s race from the first three rows of the grid – with Mike Rockenfeller in the Schaeffler Audi RS 5 DTM of Audi Sport Team Phoenix at the front.

In his second outing, ‘Rocky’ beat Mattias Ekström’s existing best time by 38 thousandths of a second, securing the top spot on the grid at Moscow Raceway for the second time. “I like this track and have always done well here,” said the 2013 Moscow winner. “Today, I had a car I really felt comfortable and was able to attack in. Thank you to my team for this. The competition is incredibly close here: just two tenths slower and you’re not in the top ten!”

Particularly impressive was the second-best time set by Mattias Ekström. The mechanics from Audi Sport Team Abt Sportsline prepared the Red Bull Audi RS 5 DTM from scratch again overnight following the serious accident the day before. The car was ready to run in time for the morning’s warm-up practice. Ekström set the best time in the warm-up and took second place in the second qualifying session. However, due to the collision with BMW driver Timo Glock in race one, the Swede received a grid penalty which puts him in position five on the grid – between the two drivers from Audi Sport Team Rosberg, Jamie Green and Nico Müller, who set exactly the same time.

Antonio Giovinazzi achieved a strong 16th place in his second DTM qualifying but, following an engine change, has to start the race from the rear of the field.