Robin Frijns: “The track at Zolder is tricky” 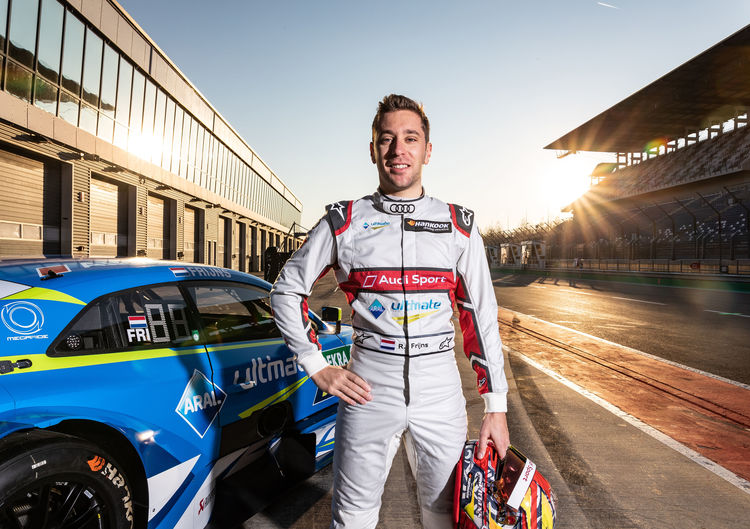 For the first time since 2002, the DTM is racing at Zolder (Saturday and Sunday live on German TV Channel SAT.1 starting at 1 PM CEST). For DTM runner-up Robin Frijns from Audi Sport Team Abt Sportsline, it is a home round: the Dutchman lives near the Belgian race track and was infected with the racing bug there.

What’s your first memory of Zolder?
I was six years old when I watched my first race at Zolder. I accompanied a friend of my father’s there, who was active in the Belcar Series. So that’s where everything started and I’ve been captivated by motorsport ever since.

So it’s a real home round for you?
Absolutely! I live in Lanaken, only 20 minutes away from the track, and am very much looking forward to the DTM at Zolder. However, it’s also going to be a demanding weekend for me because many members of my family, friends and fans will be there.

Are you going to sleep at home?
No, that’s not a good idea. There’s usually a lot going on at Zolder and you can get caught in a traffic jam driving to the race track in the morning. In the GT3, I nearly missed a qualifying session once. My teammate drove in Q1 and I was scheduled for Q2 and Q3. I arrived when Q1 was already over, directly jumped into the car and still clinched pole.

Have you ever watched a DTM race at Zolder? The last one took place in 2002.
No. But I know the track pretty well from the GT3 car. I’m very much looking forward to it. Racing there in a DTM car will be a very special experience. The track is tricky. For me, it’s a bit like a small Nordschleife. A minor mistake and you’re out. There are no run-off areas. The racing will be good, even though overtaking is more difficult than at Hockenheim.

Where are the best opportunities for overtaking?
Heading into the first corner or the chicane before the start-finish line.

What sections are particularly difficult at Zolder?
Especially in the fast first sector, you can either gain or lose a lot of time. The first left-hander is very fast, and so is turn four. Then the chicane follows and subsequently we drive up and down a pretty steep hill. Plus, the weather is often unpredictable in Belgium.

Is Zolder comparable with any other DTM track?
There are some similarities to Zandvoort. If you leave the line there you’ll have an accident. That’s also the case at Zolder. In this respect, the tracks are similar, but they have totally different layouts.

You alternate between Formula E and the DTM. Isn’t it hard for you to switch back and forth?
Not at all: I won the Formula E race in Paris and on the following weekend, in the DTM season opener at Hockenheim, finished on podium twice. That says everything. I always try to concentrate on one thing, for instance on the Formula E race in Monaco last week and on the DTM at Zolder this week – including the work in the simulator.

How much fun is the new DTM with the turbo engines delivering more than 610 horsepower?
The cars are now even wilder. We have more power and less downforce. The tires are having a hard time and tire management is more important than last year. The car “dances” more, moves more – as a driver I really enjoy that.

After the season opener at Hockenheim, who’s the favorite in your book?
Me, of course! No seriously: Audi and BMW are close together. BMW was very strong in qualifying at Hockenheim while we were faster in the race. That promises good racing for the rest of the season. I’m already eager to see how the relative strengths will pan out at Zolder.

What was the response at home to your good performance in the opener at Hockenheim?
There were a few nice reports. That’s sweet but not decisive in the end. I want to be competitive for myself and battle for the big points.