Skip to content
We are using cookies for a better user experience.
08/16/19
Neuburg a. d. Donau
Sports 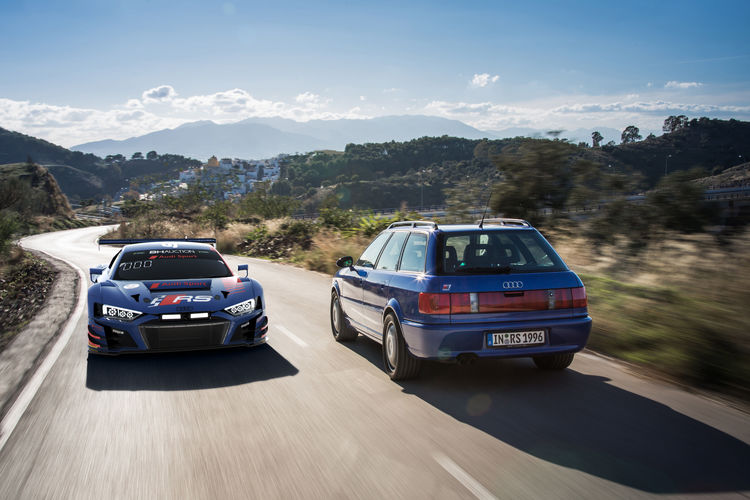 The Intercontinental GT Challenge that has been held since 2016 is as thrilling as never before: three different winners in the first three rounds, plenty of variety in the point-rankings, an intensifying title race, and Audi Sport in contention at the front. In the 10 Hours of Suzuka on August 25, the brand and its drivers intend to make the next move in the crucial phase of battling for the title.

“The Intercontinental GT Challenge is developing fantastically,” says Chris Reinke, Head of Audi Sport customer racing. “The title race has never been as varied and open as this year. At Suzuka, in front of a particularly knowledgeable audience with keen interest in endurance racing, we intend to impress with good performances and a varied appearance.” Christopher Haase, in fourth position of the standings, is separated from the top spot by twelve points, trailed by just one point by his Belgian fellow Audi Sport driver Frédéric Vervisch – 50 points are yet to be awarded in the two remaining races. And Audi sits in third position of the eight brands that are entered in the only worldwide GT3 racing series.

When the 10 Hours of Suzuka debuted on the IGTC calendar a year ago Audi Sport achieved a podium result with Audi Sport Team Absolute Racing. The team from China is again fielding an Audi R8 LMS on behalf of the brand. Like last year, the two Germans Christopher Haase and Markus Winkelhock are racing for Ingo Matter and Fabien Fior’s team. They are sharing the cockpit with their compatriot and fellow Audi Sport driver Christopher Mies. Vincent Vosse’s Audi Sport Team WRT from Belgium is fielding another Audi R8 LMS. The two Belgians Dries Vanthoor and Frédéric Vervisch, who won the 24 Hours of Nürburgring this year, will be chasing points together with their South African Audi Sport teammate Kelvin van der Linde.

Both race cars promote the “25 years of RS models” theme. Besides the anniversary logo and the car’s number, 25, the Audi R8 LMS from Audi Sport Team WRT is going to evoke memories of the legendary ancestor of all RS models with another distinctive common feature: the race car will compete in Nogaro Blue livery, the color that appeared for the first time in 1994 with the Audi RS 2 and is still an identifier today. The race car from Team Absolute Racing will appear in White, be designated as number 125 and also be marked by the dominant 25-year logo.

Audi Team Hitotsuyama is preparing a third Audi R8 LMS. Like last year, the team that regularly contests the Super GT racing series uses the endurance race at home for an IGTC entry. Last year, the Briton Richard Lyons, the Belgian Alessio Picariello and the Japanese Ryuichiro Tomita, with ninth position on the grid, third in the early stage of the race and eighth in the final result, delivered a remarkable performance. These three drivers will again race in car number 21 as before.

The Audi Sport R8 LMS Cup rounds out the brand’s appearance in Japan. The racing series, which is now in its eighth year and the only one-make cup worldwide to rely on GT3 race cars, will hold the fourth of five events this season upon visiting Japan. In two sprint races, an early decision may be produced in the title race – in the GT3 class as well as with the GT4 sports cars. Both categories have seen five different winners in the first six races. Currently, the Australian Yasser Shahin is leading the standings ahead of Alex Au from Hong Kong, the Australian Tony Bates and the Chinese Anthony Liu. The Japanese Audi Team AS Sport is making its Cup debut at Suzuka. Shozo Tagahara will be driving the first Audi R8 LMS GT4 marketed to a customer in Japan. The Cup participants and the drivers in the Intercontinental GT Challenge are equally looking forward to the unusual Grand Prix circuit in the southwest of the Japanese main island Honshu. 18 highly diverse turns, significant elevation differences, and the layout in the shape of an eight that causes the drivers to drive clockwise and counter-clockwise on each lap all stand for a challenging driver track.