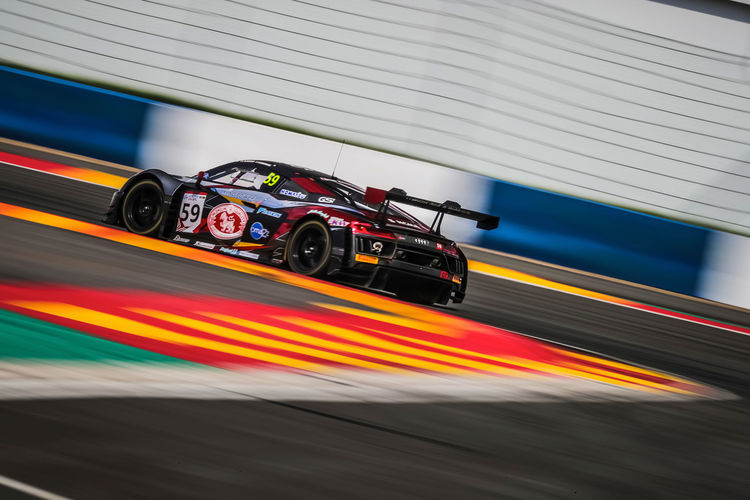 The Audi R8 LMS in its GT3 version is currently the measure of all things in Chinese GT racing while the GT4 version clinched its next 24-hour class win and the Audi RS 3 LMS was at the very front in China and Canada.

Two victories to kick off the season: Bhurit Bhirombhakdi and Kantasak Kusiri remained unbeaten at the beginning of the new GT Masters Asia season. The two Thai drivers from Team Singha Plan-B by Absolute Racing celebrated overall victory in an Audi R8 LMS in both races on the circuit at Ningbo in China. Cheng Congfu/Sun Jingzu took second place in both runs for Absolute Racing. In race one, David Chen/Billy Lo placed third in the Audi R8 LMS ultra from Tianshi Racing Team to complete a clean sweep of the podium by the Audi customers. In the GTC class, Team LEO Racing was another dominant Audi customer racing team. Li Lin/Bai Yaxin in an Audi R8 LMS won their class in race one while Li Lin in a solo run was at the front in race two.

Audi customer team continues string of victories: Halfway through the China GT Championship season, Team Kings remains undefeated. At Goldenport Motor Park in Beijing, Estonian Martin Rump won the first race together with his Chinese teammate Wang Liang. In race two, Xu Jia and Alessio Picariello crossed the finish line ahead of their teammates Martin Rump/Wang Liang. After three rounds, Xu is leading the championship with an eleven-point advantage ahead of Wang.

Podium in Canada: Team Magnus Racing in round six of the IMSA WeatherTech SportsCar Championship achieved its best result this season. On the challenging Mosport circuit in Canada, after 2:40 hours of racing, team principal and driver John Potter together with his teammate, Andy Lally, clinched third place in the Audi R8 LMS merely 95 thousandths of a second behind the runner-up and three seconds behind the winner.

Podium finish on the Nordschleife: Team RaceIng – powered by HFG in round four of the VLN Endurance Championship Nürburgring achieved a podium finish in the SP8 class. Bernhard Henzel and Audi Sport driver Rahel Frey shared an Audi R8 LMS and claimed class position three in the field of seven entrants.

Triumph in Algarve: In Portugal, Team Fox Motorsport brilliantly mastered its first 24-hour race. The UK squad won its class in an Audi R8 LMS GT4 in round four of the 24H TCE Series at Portimão. In qualifying, Jamie Stanley had clinched pole position in the GT4 class with more than a two-second advantage. Together with his British compatriots, Ben Clucas, Glenn Sherwood and Andy Perry, he crossed the finish line with a one-lap advantage. This marked the first victory for the team after having claimed second place in the debut of its Audi R8 LMS GT4 in the Silverstone 12 Hours in March. For the Audi R8 LMS GT4 , it was the second class win in the racing series following Phoenix Racing’s initial success in the Dubai 24 Hours.

Podium in Utah: Jeff Burton competed in round five of the American NASA Utah club sport series. On the circuit in Utah, the American in an Audi R8 LMS GT4 of Rearden Racing achieved third place in the GTSU class in race one.

Two victories in Canada: The Audi RS 3 LMS scored two victories in the Canadian Touring Car Championship. In round three of the series at Shannonville, Marco Cirone from Mark Motors Racing won his class in race one with a 38-second advantage ahead of a GT4 race car. In race two, Gary Kwok from Team Alphasonic Motorsport prevailed in his category in another Audi RS 3 LMS. Remarkably, Alphasonic Motorsport joined the circle of Audi Sport customer racing teams only recently. On Saturday, Kwok was still racing with another team and another marque, but a technical problem was not resolvable by Sunday, so Kwok switched to the Audi customer team overnight and on making his debut won in the German touring car.

Another podium finish in Sweden: In the TCR Scandinavia, Tobias Brink clinched his next podium success with Team Brink Motorsport, after the Swede had most recently celebrated the first victory of an Audi RS 3 LMS in the Scandinavian series at Anderstorp, he achieved third place in race two on the third race weekend at Falkenberg.

Last European race: At the Slovakiaring, a classic circuit is now awaiting the Audi teams in the WTCR – FIA World Touring Car Cup after a city race had been on the calendar most recently. Audi Sport Leopard Lukoil Team with Jean-Karl Vernay and Gordon Shedden and their Audi Sport driver colleague Frédéric Vervisch from Audi Sport Team Comtoyou are aiming to score their next points-successes 40 kilometers east of Slovakia’s capital Bratislava. The three privateers, Nathanaël Berthon, Denis Dupont and Aurélien Panis, intend to battle for points in the three races as well in their Audi RS 3 LMS cars. French privateer driver Panis had impressed with Comtoyou Racing most recently as the best Audi driver in the second qualifying session in Portugal and scored points in two races, his compatriot and teammate Berthon clinched six points as well. In Slovakia, the teams will be racing on European soil for the last time before the remaining four events are held in Asia. Vernay as the fifth in the standings is the best Audi Sport driver.