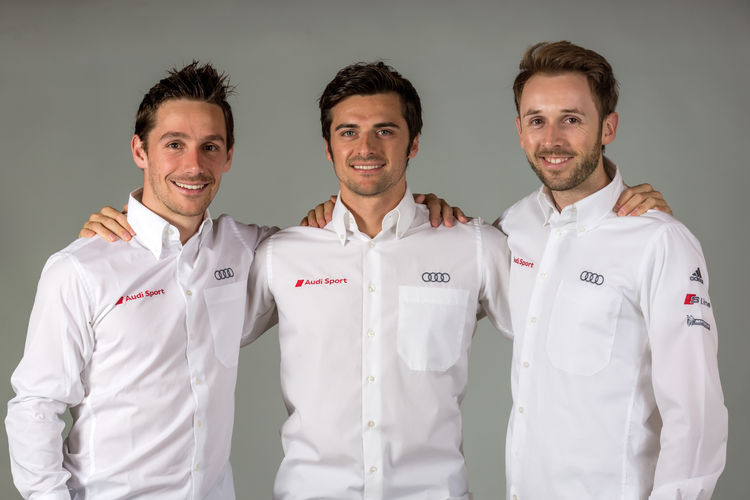 When Audi announced the up-and-coming racer René Rast as a new LMP driver in December 2014 a dream came true for him. Hailing from Westphalia, Rast is a German talent to have managed the leap into the top category of sports car racing. Alongside André Lotterer, he is the only other German in Audi Sport Team Joest.

“Having been accepted into the LMP driver line-up was a dream for me,” beamed the driver from Minden. “Every racer pursues the aim of being able to compete for a manufacturer in a major motorsport program.”

Rast has already experienced a few champagne showers on the podium as a driver of Audi’s GT race cars. The 2014 season was particularly successful for him. Together with his team-mates he won the Nürburgring 24 Hours with Phoenix Racing and the Spa 24 Hours with the Belgian Audi Club Team WRT – the two most important GT endurance races.

But the German was not only able to rely on the fortes of the Audi R8 LMS ultra on the distance twice around the clock. Last year also saw him take the title in the ADAC GT Masters, one of the best GT3 racing series worldwide, in Team Prosperia C. Abt Racing. Besides his driving skills, he displayed valuable personal traits there as well. His team-mate Kelvin van der Linde from South Africa was only 17 years old at the beginning of the season and obviously very much appreciated the support and tips he received from his fellow campaigner.

“We’re only successful as a team – that goes for both GT and LMP racing,” says Rast, who is going to contest the Spa 6 Hours and the Le Mans 24 Hours in the FIA World Endurance Championship (WEC). He will be sharing the cockpit of the #9 Audi R18 e-tron quattro with Filipe Albuquerque (P) and Marco Bonanomi (I) – two drivers he already knows well from Audi’s GT programs.