René Rast – a career within the Group 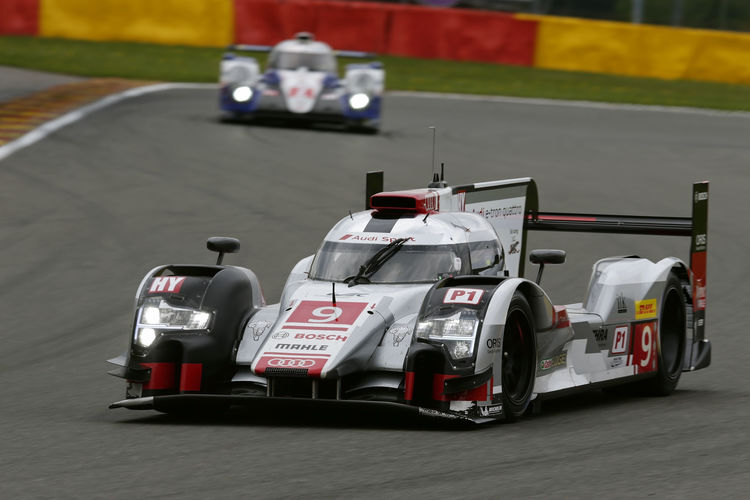 On the first weekend in May, René Rast debuted in the Audi R18 e-tron quattro in the Spa 6 Hours and together with his team-mates immediately finished in fourth place – the highlight to date in what has been a remarkable career. Ten years ago, the now 28-year-old race driver was on the grid with a brand from the Volkswagen Group for the first time. Today, he is racing for Audi in the World Endurance Championship (WEC).

“I’d just come of age when I entered the ADAC Volkswagen Polo Cup in 2005,” says the native of Minden, Germany. Rast instantly prevailed in the 150-hp one-make cup car and won the title. Just a year later, he switched to the Seat Léon Supercopa, a car that was twice as powerful. “The advantage of racing series like these is that you’re pitted against rivals using identical material, which allows you to develop a good feel for your own strengths and weaknesses.” Rast finished the 2006 season as the runner-up before receiving an opportunity to race in the Porsche Carrera Cup where he took tenth place overall in his first year. In just his second season, he won the title at the wheel of the rear-engine sports car. In 2012, he clinched the cup title again. In the international Porsche Super Cup, the talent from North Germany again managed the leap to the very top, celebrating overall victory three consecutive times in 2010, 2011 and 2012. “The level of driving was even higher there,” says Rast. “I learned to prevail in duels although it’s not easy to control the rear-engine sports car at the limit.”

In these series, René Rast matured for his next challenge. In the Audi R8 LMS ultra, he switched to GT3 racing in which up to eleven different marques compete in the field, depending on the series. His major successes under the banner of the four rings to date have been his overall victories in the 2012 and 2014 Nürburgring 24 Hours and the 2014 ADAC GT Masters win. “The 2014 season was simply top – everything really fitted together,” says Rast. “The Audi R8 LMS is one of my favorites. There were times in the season when I’d drive the car in a different series each weekend. At some point, the cockpit starts feeling as familiar as your own living room.”

René Rast received the sweetest reward for his performances at the end of 2014. Head of Audi Motorsport Dr. Wolfgang Ullrich inducted the talent into Audi’s LMP sports car squad last December. Together with his team-mates Filipe Albuquerque and Marco Bonanomi, he thanked the brand by taking fourth place in WEC round two at Spa – even beating World Champions Toyota to the checkered flag. “That was an encouraging result. Now we’re very much looking forward to Le Mans,” says Rast.

“René is an example that shows how successful promotion of young talent works within the Group,” says Dr. Ullrich. “He’s managed to build a career from a motorsport rookie to an Audi driver in the WEC. There’s arguably no other automobile group in the world that offers a development program that is as diversified and consistent as this one. René is a role model for future race driver generations and I’m sure that he’s going to continue to develop his program with us.” In six weeks from now, Rast is facing his greatest challenge so far – because that’s when he’ll be competing at the wheel of the new Audi R18 e-tron quattro in the Le Mans 24 Hours.