Skip to content
We are using cookies for a better user experience.
09/25/18
Neuburg a. d. Donau/Neuburg
Sports 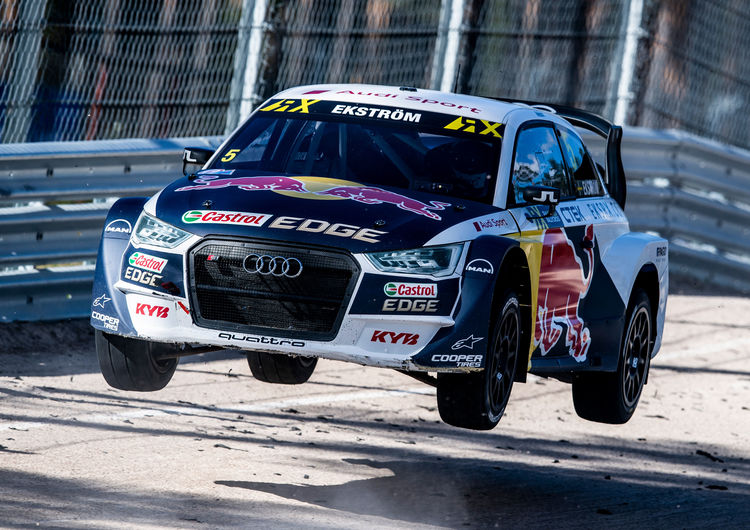 Audi driver Mattias Ekström knows the Circuit of the Americas primarily as a race track for Formula One and MotoGP events. “So far, I’ve only seen the rallycross track during a Facebook Live Session of the American championship. It appears to be very compact and should suit our small car well. In addition, there seem to be a number of cool jumps,” says the race driver.

The United States is by no means new ground for Ekström. In 2010, the Swede raced as a guest in the American NASCAR series twice. Last weekend, he competed in the Audi S1 EKS RX quattro in the Nitro World Games in Salt Lake City.

His teammate, Andreas Bakkerud, has contested a rallycross race at the Circuit of the Americas before. “That was in 2014, as part of the X Games,” says the Norwegian. “It was extremely hot and we had unusually high grip at the start. For all the drivers and teams, developing the best strategy at the start will be a new challenge. I’m looking forward to new fans and a couple of barbecue steaks – after all, Texas is famous for them.”

The shortest track on the World RX calendar with a length of 812 meters is located in the stadium area of the Formula One circuit between Turns 12 and 15, and features a spectacular jump. In addition to the World RX, the American Rallycross Championship (ARX) will be held at the venue. A concert with U.S. rapper and Grammy Award winner Ludacris on Saturday night will be the highlight of a festival that is integrated in the event.

Mattias Ekström and Andreas Bakkerud intend to defend positions two and three in the drivers’ world championship at Austin. Before the last three World RX rounds at Austin, at the Estering (Germany) and at Cape Town (South Africa) EKS Audi Sport is ranked in second place of the teams’ standings.

SPORT1 will air live coverage from Austin on Sunday (September 30) from 8.45 to 10 PM CEST on its main channel. Live streaming at www.sport1.de and coverage on SPORT1+ will begin at 8 PM.

About World RX of USA