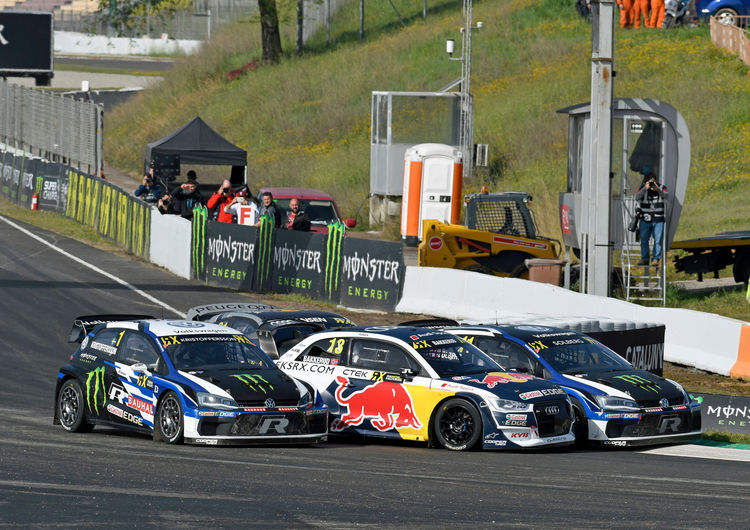 “EKS Audi Sport superbly supported me this weekend,” said Bakkerud following his 50th race in the World RX. “I very much enjoyed our cooperation even though I wasn’t able to fully exploit my potential yet at Barcelona. I’ve definitely got a lot more. I’m happy about position three but, obviously, there’s a bitter taste remaining because Mattias (Ekström) was subsequently stripped of his victory. This doesn’t change anything about the strong performance delivered by EKS Audi Sport which brought both cars into the final.”

In front of 30,000 spectators, Ekström in the racing debut of the second-generation Audi S1 EKS RX quattro, had crossed the finish line in a spectacular final in first place beating title defender Johan Kristoffersson in a Volkswagen by a narrow margin. Yet the Swede was deprived of his third consecutive victory at the Circuit de Barcelona-Catalunya after 2016 and 2017. In the evening, Ekström was relegated from first to sixth position because he allegedly bumped Petter Solberg’s Volkswagen off track on the way to Turn 1.

“I don’t share this opinion, but respect the decision by the stewards of the meeting,” said Ekström. “I’m particularly sorry for the team that worked hard and well in winter. In the final, I had four fresh tires which made the difference. On the whole, the weekend was very exciting. In rain on Saturday, we were running well, only our starts weren’t fantastic. In dry conditions on Sunday, we were initially struggling a little with the starts too, but in the semi-finals and the final they worked well. That kept our chance for victory alive.”

The two race days in Spain could hardly have been any more diverse: pouring rain and mud on Saturday were followed by a brilliant blue sky and sunshine on Sunday.