Skip to content
We are using cookies for a better user experience.
10/09/18
Neuburg a. d. Donau/Buxtehude
Sports 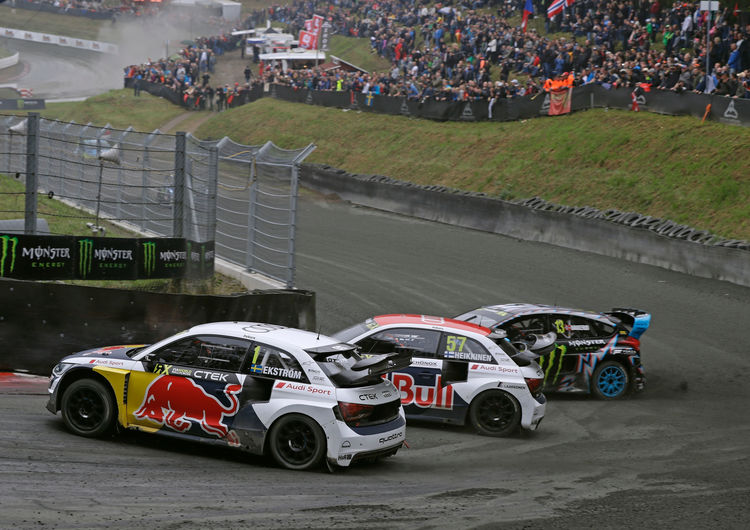 In 2017, Mattias Ekström won the German World Rallycross Championship round at Buxtehude; in 2016, the Swede took home an early title on this circuit with his Audi S1 EKS RX quattro. “It's one of the venues on the World RX calendar that I have the best memories of,” saysEkström. "The Estering will always have a special place in my heart."

The short 925-meter course has impressed the Swede – particularly the hairpin bend after the start-finish straight. “It's a fantastic corner,” says the Audi driver. “You approach it at high speed, pull the handbrake hard and slide sideways. It's the most spectacular spot on the Estering and one of the best on the World RX calendar.”

In the other passages, overtaking is virtually impossible, and this makes the start at the Estering decisive. The entrance to the so-called Joker Lap, where the track surface changes from tarmac to gravel, is especially tricky: something that Ekström learned from experience. Because the passage ends just before the finish line, the winner at the Estering is often only decided when the checkered flag drops. In 2015, Ekström finished just 0.005 seconds behind Petter Solberg. It was the most closely-contested finish in the history of the World Rallycross Championship.

SPORT1 broadcasts live from Buxtehude on Sunday (October 14) from 1.30 to 3 PM CEST on its main channel.Live streaming on www.sport1.de and coverage on SPORT1+ begin at 1 PM.