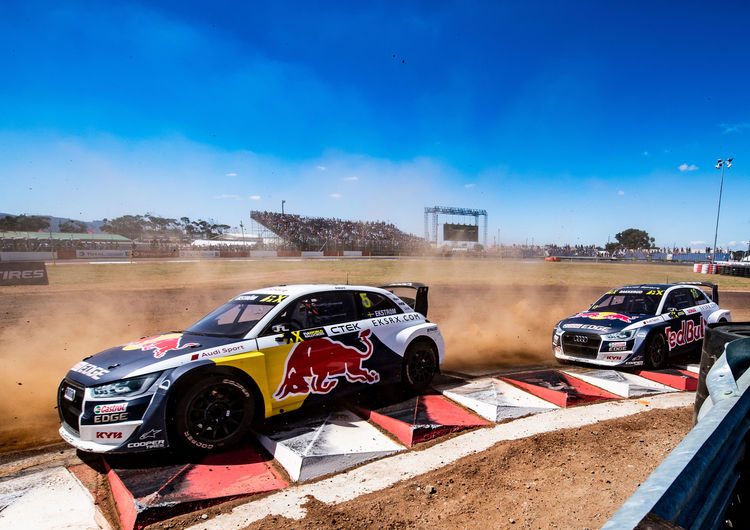 In a captivating finale in South Africa, Audi driver Mattias Ekström secured once again the runner-up title in the World Rallycross Championship (World RX) at the wheel of the Audi S1 EKS RX quattro. The Swede also finished the final race of the season in Cape Town in second place behind World Champion Johan Kristoffersson (Volkswagen).

2016 World Champion, 2017 and 2018 World Championship runner-up: Mattias Ekström underlined his driving skills around the Killarney International Raceway. Despite starting the finale for the best six from the back row in his Audi S1 EKS RX quattro, he still fought his way up second place. During his stirring drive he overtook nine-time Rally World Champion Sébastien Loeb in a Peugeot on the opening lap. Shortly after, he also caught and passed two-time Rallycross World Champion in a Volkswagen.

“We actually came to Cape Town to win the race,” said Ekström. “We were fast throughout the entire weekend, but somehow didn’t get into the right rhythm. In the finale things finally fell into place. Second is a fantastic result and a good end to a long season, in which Johan (Kristoffersson) was always a small step ahead. Even so, I’m extremely proud of the entire team: We extracted the maximum from our resources. It was also a fabulous year with Andreas (Bakkerud). We had a lot of fun together and have something to celebrate this evening.”

After the four qualification races, Bakkerud was one place in front of Ekström and reduced the deficit to his team boss from four to three points. In the semi-final, the Norwegian was forced to park his Audi S1 EKS RX quattro early following a collision. He nevertheless clinched third place in the drivers’ world championship and in doing so completed the double podium for EKS Audi Sport in the World Championship. “That was rookie mistake,” said Bakkerud annoyed with himself. “I touched Kevin Hansen and damaged my car’s steering. It’s a great shame that I had to give up in the semi-final. Despite all this I’m extremely satisfied with my year. I finished third in the World Championship and working together with EKS Audi Sport was fantastic throughput the whole year. The mechanics, the chef, the media team, the truckie – each and everyone did a perfect job. And above all of course Mattias who I warmly congratulate for the World Championship runner-up title.”

However, in the Swedish team, which had previously secured second place in the teams’ classification, it was not only tears of joy that flowed after the emotional end to the season. “That was probably the last race for EKS Audi Sport as a factory-supported team in the World Rallycross Championship,” said Mattias Ekström. “After five amazing years it’s a very emotional moment for all of us. But I think we concluded this fantastic chapter with style today.”