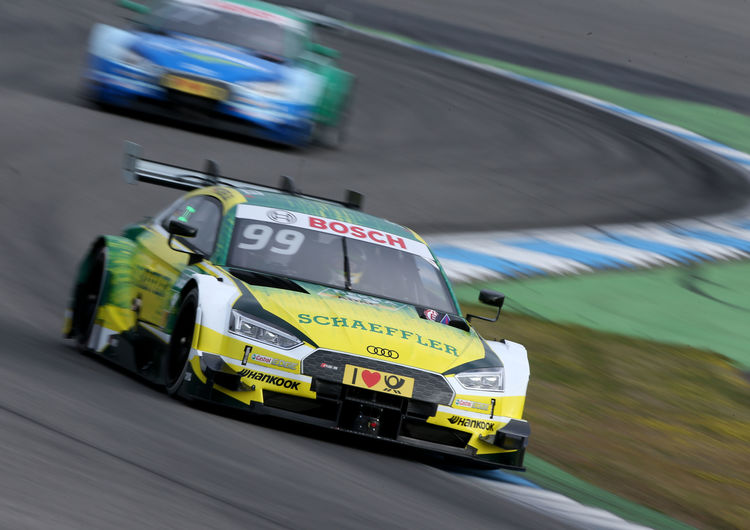 May 6, 2017 will be a special day for Audi motorsport: 16 months after the project was launched, the new Audi RS 5 DTM is going to contest its first two races when the 2017 DTM season opens at the Hockenheimring.

“After we’ve previously been able to celebrate great success in Formula E and the World Rallycross Championship this year, we’re finally starting to race again in the DTM too,” says Head of Audi Motorsport Dieter Gass. “The winter break of more than 200 days was extremely long. We’re excited to see what effects the numerous changes in the DTM will have – especially the softer tires. Hockenheim has always been a good track for us in recent years. I’d like for this to continue to be the case and for us to be able to lay the foundation for a successful season at the opening event.”

Having scored 22 victories in 46 races, the Audi RS 5 DTM was the most successful DTM car in the past three years. Accordingly, the expectations pinned on the new model are high. The development of the third-generation RS 5 DTM began in January 2016 with the scaling of the production-level body and initial wind tunnel tests. Component testing on a prototype started in October. In March 2017, the new Audi RS 5 DTM had its world premiere at the Geneva Motor Show. However, underneath the carbon fiber bodywork, the Audi motorsport department continued fine-tuning the technology – to the extent permitted by the regulations – up until the last moment.

The three Audi Sport teams, Abt Sportsline, Phoenix and Rosberg, prepared the six race cars in recent weeks. Final functional checks and a quality inspection followed at Audi in Neuburg before the cars will be seen on the race track for the first time in free practice on Friday, May 5, starting at 17:00. The first two DTM races of the season will start on Saturday (May 6) at 14:45 (CEST) and on Sunday (May 7) at 15:15. As for all DTM races in 2017, live coverage on “Das Erste” will begin 15 minutes before the start of each race.

All three teams have been preparing with particular intensity for the new DTM pit stop format that allows only a total crew of eight mechanics, and just one impact wrench to be used on each side of the vehicle. In addition to precision, the mechanics, now having to run back and forth between the front and rear wheels, have to show sprinting skills.

To spectators, as well, this year’s DTM will offer numerous new features. One of them is the so-called “Pit View” allowing them to take a peek at the garages of individual DTM teams. For the first time, fans will have the opportunity – nearly all day long – to watch the mechanics at work. At the Hockenheim season opener, this dedicated area will be located between the garages of Audi Sport Teams Phoenix and Rosberg.

For Audi fans, there are three reasons why the DTM opener will be worth visiting, as the FIA World Rallycross Championship (World RX) and the Audi Sport TT Cup are going to race at Hockenheim as well. Having clinched two victories in the first World RX rounds in Spain and Portugal, the reigning Rallycross World Champion Mattias Ekström is traveling to Hockenheim as the leader of the standings and, like last year, will have a dual commitment in the DTM and World RX. The Swede’s aim is to win both titles in 2017.

Tickets and Audi Fan Packages for the 2017 DTM season are available online at www.audi.com/dtm.

#DTMHockenheim: Did you know that …

… Audi has won the DTM opening race at Hockenheim an amazing six times?

… the V8 engines of the Audi RS 5 DTM are built at Audi’s Neckarsulm plant just 65 kilometers away from Hockenheim?

… the Audi RS 5 DTM with activated Drag Reduction System (DRS) achieves a top speed of about 275 km/h at the end of the “Parabolika?”

… flattening the rear wing angle with DRS boosts speed by about 15 km/h on this track section?

... Mattias Ekström with 1m 32.244s has been holding the DTM track record at the Hockenheimring and that this record dates back to the 2008 season?

… Loïc Duval is going to contest his first DTM race at Hockenheim, making him the 50th DTM driver on the grid in an Audi?

… Mattias Ekström has contested an amazing number of 33 DTM races at the Hockenheimring, having started from pole position on six, finishing on podium on 13 and clinching victory on four occasions?

… René Rast in Saturday’s race at Hockenheim in October 2016 scored his first DTM points on finishing in position six?

… Nico Müller in last year’s season opener at Hockenheim clinched his first pole position and first podium in the DTM?