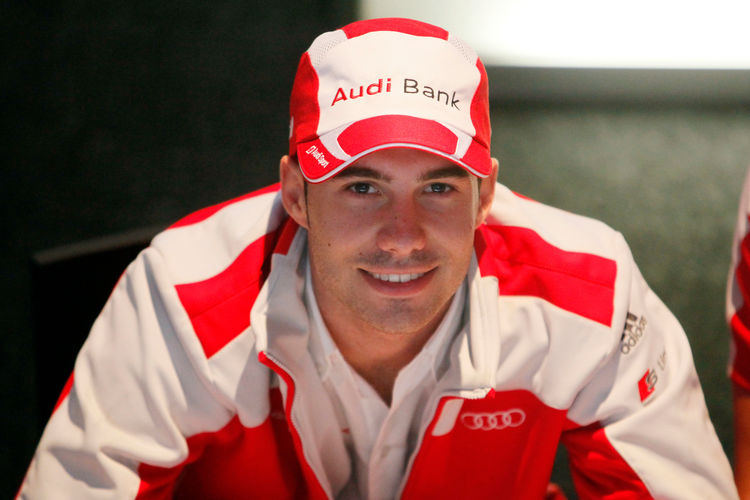 Timo Scheider in third place, five Audi A4 DTM cars in the points. Quotes from the Audi camp after the DTM race at Brands Hatch.

Dr. Wolfgang Ullrich (Head of Audi Motorsport)
“It’s very disappointing that Mattias Ekström was taken out of the race so early through no fault of his own. After all, he was our best-placed driver in the championship. And he could have probably finished on the podium today as well. Obviously, that hurts. Five Audi drivers among the top eight is a good team result. Timo (Scheider) had at least the same pace as Bruno Spengler and fought with him for second place, too. More than that wouldn’t have been possible for him today. The impressive showing by Miguel Molina for one demonstrated his personal performance and for the other the potential of our cars. So I’m looking toward Oschersleben on a positive note.”

Timo Scheider (GW:plus/Top Service Audi A4 DTM #1), 3rd place
“This is another podium result. I like the result today because I actually clinched it and not because I botched the start and dropped from first place. But, in all fairness, you’ve got to admit that the gap to Paul (Di Resta) was too large. He was driving in a world of his own and deserved victory. With Bruno Spengler I had a nice battle in the beginning. I was a bit quicker at first and later he was a bit quicker on used tires. Unfortunately, that was all I could do. It’s positive that we were able to confirm that we’re back. Now Oschersleben is coming up. That would be the right time to celebrate the first victory.”

Miguel Molina (Audi Bank A4 DTM #18), 4th place
“A tremendous result which is difficult to achieve in the DTM and certainly not to be taken for granted. As early as in the warm-up we saw that our pace was very good. We were able to repeat that in the race. The pace was fantastic, the car really good. That’s how we managed to advance. I’m very happy. Now I’ve scored some more points. That’s perfect considering that this is my first year in the DTM. The fastest race lap of course is very nice too.”

Oliver Jarvis (Tabac Original Audi A4 DTM #2), 6th place
“I had a decent start. In the beginning there was an incident of body contact with Ralf Schumacher, who hit Mattias Ekström’s car as well. Unfortunately, the left front of my A4 was damaged in the process. I’m not sure, though, if that was the reason why we were so slow in the race. We simply didn’t get the right pace. The car was very difficult to drive. I was careful with the tires and simply concentrated on bringing home the points.”

Martin Tomczyk (Red Bull Cola Audi A4 DTM #6), 7th place
“On the first two laps there were several incidents of body contact. I got past Molina and I think that was okay, too. Then I drove my race and was caught behind Olli (Jarvis) for a long time. I saw no opportunity to overtake him without putting both of us at risk. So I lifted and stayed behind him.”

Alexandre Prémat (TV Movie Audi A4 DTM #9), 8th place
“That was a pretty long race. We started from position eleven and scored one point by finishing in eighth place – that was our aim. The pace was pretty good. We found a set-up at the last moment that wasn’t bad. But Miguel Molina was a lot stronger in the 2008-spec car. We’ve got to find out why we didn’t manage this.”

Mike Rockenfeller (S line Audi A4 DTM #10), 9th place
“We had a perfect strategy. I stayed out for a long time before my first pit stop. We were planning the same thing for the second stop – just like Miguel Molina. My pace was the same as his and I was running behind him. But before my second stop Cheng was coming out of the pits and cost me a second, and the same happened again with Markus Winkelhock. As a result, our second stop took place earlier than planned, which meant I left the pits in position nine. That was definitely a shame because the car and the strategy were really good. I think we’d have finished in fifth or sixth place otherwise. That’s why the result is disappointing.”

Katherine Legge (Glamour Audi A4 DTM #15), 14th place
“Unfortunately, the race was another disappointment. The car was damaged right at the start. I lost some places which are almost impossible to recover here at Brands Hatch. So I just kept doing my laps. The pace was quite alright some of the time but, obviously, the result was worse than we’d been hoping for.”

Markus Winkelhock (Playboy/GW:plus Audi A4 DTM #14), retirement (tie rod)
“At the start I immediately made up three positions. The car felt better than it had in the warm-up. I was running by myself a lot today, in other words without any duels. After the second pit stop the position of the steering wheel was suddenly slightly off center toward the left-hand side. The car wasn’t running in a proper straight line any more either. This went on for a few laps and then became worse all of a sudden. When the situation became really bad because the right-hand tie rod on the rear axle broke I had to park the car in the pits.”

Mattias Ekström (Red Bull Audi A4 DTM #5), retirement (collision)
“I had a good start from position six, drove into turn one in fifth place and was running behind Gary (Paffett). Then Ralf (Schumacher) hit the left rear of my car. That’s how the problem started because the suspension was bent. The car was no longer good to drive. The suspension broke later. Then Susie hit the right rear of my car. The whole rear end was crooked. Some of the actions that have occurred lately were unnecessary and the driving style is insensitive. As long as there are no penalties imposed for such actions, these things will continue.”

Hans-Jürgen Abt (Team Director Audi Sport Team Abt Sportsline)
“Congratulations to Mercedes and to Paul Di Resta, who showed that he was the quickest today. We didn’t make any mistakes, but neither did Mercedes. And overtaking here at Brands Hatch is incredibly difficult. So third place was all we could do. Obviously, we’d been expecting more but that was decided as early as in qualifying. We’ve got to continue to fight. ‘Well done’ to Miguel Molina. He drove a mega race. That is a totally fantastic rookie job. You can only take your hat off to that. The incident with Mattias Ekström is a very controversial issue. Mattias is not very pleased with Ralf Schumacher’s style of driving. The start is always about the question of where there’s enough room for all the cars. We’ve got to close the book on this now and look ahead. We don’t want to continue a routine of clinching third places but finish all the way at the top.”

Ernst Moser (Team Director Audi Sport Team Phoenix)
“Alex’ (Prémat) start was a dram. He was in eighth place after the first lap. That was outstanding. But throughout the race his pace wasn’t such that he could have moved farther toward the front. Our mission was to defend his place. In the end it was enough for eighth. ‘Rocky’ was able to drive much faster. But we used a different strategy in his case, with a long middle stint. Unfortunately, he hit traffic twice. The cars that came out in front of him didn’t receive any blue flags. That cost us two seconds. Consequently, he dropped behind Jarvis, Tomczyk and Prémat. That’s a real shame because with this car fifth of sixth place would have been possible.”

Arno Zensen (Team Director Audi Sport Team Rosberg)
“Things were going pretty well at first. The strategy and pit stops were okay, too. Then Markus had problems with the bent tie rod. We don’t know the reason for this defect yet. There had actually been no contact. Katherine (Legge) was driving a good race almost up to the end. When the lapping started she lost quite a bit of time to Congfu Cheng. This wasn’t our weekend. Now we need to achieve something at the last four remaining races.”