Quotes after qualifying at the Red Bull Ring 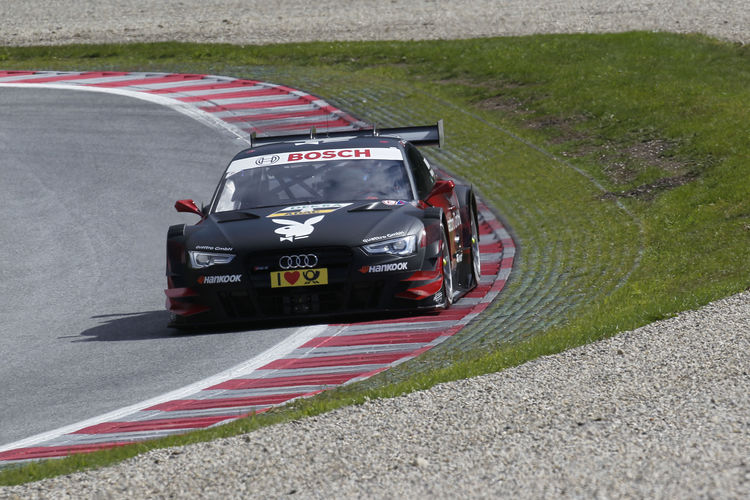 Three Audi drivers on the first three rows of the grid and a controversial penalty against the leader of the standings – quotes after qualifying for the DTM race at Spielberg (Austria).

Dr. Wolfgang Ullrich (Head of Audi Motorsport): “The Red Bull Ring is one of the longest race tracks on the DTM calendar – but despite this the time gaps in qualifying were extremely close. Tomorrow should be very interesting not only due to the threatening rain. Even without DRS and option tires we saw one of the most gripping DTM races here last year. Who will be the front runner in the end is totally open. Obviously, I’m hoping that it’ll be someone with the four rings.”

Dieter Gass (Head of DTM): “I’ve got mixed emotions: We were going to try and present ourselves as a team further at the front more cohesively. With three Audi cars on the first three rows, we managed to do so. Unfortunately, we didn’t quite make it onto the front row. But it’s very tight at the front. I think we’ve still got a good starting base.”

Edoardo Mortara (Playboy Audi RS 5 DTM), grid position 3
“It was a good qualifying session. I squeezed everything out of the car. The first lap in Q1 wasn’t brilliant. Afterward, I pushed one hundred percent and made no mistakes. That’s why I’m very pleased. Unfortunately, there’s a gap to Bruno (Spengler) and the two BMW cars. But we’re going to continue to go all out in order to move to the very front.”

Timo Scheider (AUTO TEST Audi RS 5 DTM), grid position 5
“Grid position five isn’t a bad result. I was struggling a bit with my car, especially in the semi-fast and fast sections. Considering that, I’m pretty happy to have managed getting it right somehow in the end and being in the top five. We were lacking only three hundredths of a second for Q4.”

Filipe Albuquerque (Audi Financial Services RS 5 DTM), grid position 6
“That was a very nice qualifying session. My car was perfect and Team Rosberg did a very good job. Maybe I started a bit too early in Q3 but I’m pleased with sixth place. Let’s see what tomorrow will bring.”

Mike Rockenfeller (Schaeffler Audi RS 5 DTM), grid position 8 (+5)
“It’s a bit disappointing being only in eighth place. In the end, there was a bit more potential. I’m upset because I overdid it in the last turn. But it’s extremely close in the DTM and you’ve got to put everything into one lap – and I didn’t quite manage to do that today.”

Mattias Ekström (Red Bull Audi RS 5 DTM), grid position 15
“That was definitely not what we’d been shooting for. We’re here to win and now we’re starting from position 15 – that’s a big disappointment. But the rules are the same for everybody and we didn’t get it on the dot today. Tomorrow’s a new day but starting so far from the rear isn’t as nice as starting from the front.”

Jamie Green (Red Bull Audi RS 5 DTM), grid position 17 (+5)
“I’m a bit surprised about having been eliminated so early because my car actually felt good. But it was very close and in the end only a few tenths were missing for the leap into Q3.”

Adrien Tambay (Audi ultra RS 5 DTM), grid position 18
“I’m disappointed about my qualifying. The performance was good, I didn’t make any mistakes. But despite that I wasn’t able to get everything on the dot today. Tomorrow there’ll be a new chance. Then we’ll have to improve our times.”

Miguel Molina (Audi RS 5 DTM), grid position 20
“That wasn’t a good qualifying session for me. But if you don’t get everything perfectly together in the DTM you’re out in Q1. Now we’ve got to analyze the data and see what went wrong.”

Hans-Jürgen Abt (Team Director Audi Sport Team Abt Sportsline): “It was a very close and thrilling qualifying session. Timo Scheider in fifth place has got a good starting base for the race. With DRS and option tires we can expect to see quite a bit happening on this track. Tomorrow, the strategy will count. And the race won’t be decided in the first turn.”

Ernst Moser (Team Director Audi Sport Team Phoenix): “This is not what we expected. Especially Miguel (Molina) had a good speed this morning. Now we’ve got to first digest the fact that we’re on position 20 and analyze the data. With Mike (Rockenfeller), after a transmission change, be battled all the way into Q3. In the end, only a couple of hundredths were missing for Q4 – we’re pretty happy with that but have got to take a close look at the data as well. Now we’re looking ahead to tomorrow and have got to make the right tire choice for the start.”