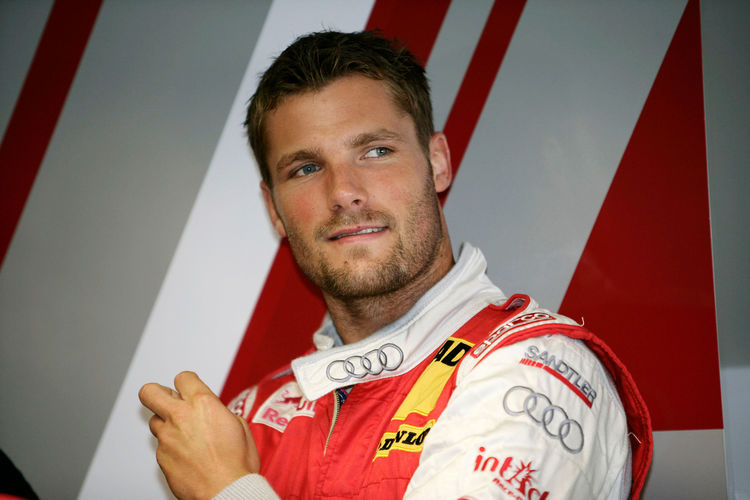 For the first time since Barcelona 2007, Audi driver Martin Tomczyk will start from the pole position at a DTM race (Sunday, starting at 1:45 pm – local time – live on “Das Erste”). Quotes after qualifying at the Nürburgring.

Dr. Wolfgang Ullrich (Head of Audi Motorsport)
“I’m extremely happy with the qualifying results. We’ve got six Audi cars among the top eight, which demonstrates our strong team performance today. Exactly when it counted, Martin (Tomczyk) delivered a perfect lap, showing how strong he is. Even in previous years it’s been obvious how much he likes the Nürburgring. With an Audi and a Mercedes on the front row, the fans can look forward to a thrilling DTM race tomorrow.”

Martin Tomczyk (Red Bull Cola Audi A4 DTM 2009 #6), grid position 1
“I’m really happy. It’s been quite a while that I’ve been on pole – that makes my joy even greater. The constellation with Bruno (Spengler) and myself at the front existed once before at the Nürburgring, in 2007 – and I won that race. Of course I’m hoping for the same result tomorrow too, but in the DTM you should never rejoice too early. Audi’s team performance today was strong as well: Six A4 cars among the top eight are a great starting base. Now we want to squeeze every possible point out of this situation.”

Mattias Ekström (Red Bull Audi A4 DTM 2009 #5), grid position 3
“Today was one of those days on which my car was better than I. I made a mistake on the crucial lap, that’s why I wasn’t able to achieve more than third place. That neither makes me really happy nor really disappoints me. My feelings are somewhere in between. But tomorrow’s a new day: A fast car, a perfect strategy and a good start – and the picture will look completely different.”

Timo Scheider (GW:plus/Top Service Audi A4 DTM 2009 #1), grid position 4
“That was extremely tight. In the first qualifying, the difference between second and sixth place was just seven hundredths. Second row on the grid is still a good result. Congratulations to Martin (Tomczyk) who showed a perfect performance all day. On my last trial in Q3, it was obvious that I wouldn’t be able to do much on a set of used tires in the last section – that explains the relatively large gap.”

Oliver Jarvis (Audi Cup A4 DTM 2008 #15), grid position 5
“That was an interesting qualifying. The track changed incredibly from one section to the other. I’m quite happy having finished fifth. That’s a good starting base. Now I’m looking forward to the race.”

Markus Winkelhock (Playboy Audi A4 DTM 2008 #12), grid position 7
“Qualifying was quite alright. After things weren’t going so well for me in the past few races I’m pleased to have made it into Q3. I wasn’t quite happy with my lap on the last outing but I can live with seventh place. I’m on the left-hand side of the grid. If I manage a good start and a good run through the first corners it’ll be possible to score points on Sunday.”

Tom Kristensen (100 Jahre Audi – A4 DTM 2009 #2), grid position 8
“Martin (Tomczyk) was running really well! As far as I’m concerned, I’ve got to say that it’s simply difficult to get 20 cars to finish among the top four… Those who made it today were just the quickest ones. For me, it was particularly hard to drive each individual track sector in an optimal manner. Had I managed that, I’d have ended up further toward the front as well. When I was the fastest car in sector 1, I unfortunately lost time in sector 3. So, on one lap I never drove three good sector times. I’m hoping for nice fights and a nice race.”

Mike Rockenfeller (S line Audi A4 DTM 2008 #11), grid position 9
“After a very good lap in the first qualifying, I wasn’t able to improve any more in Q2. I had severe problems with the rear axle where no grip whatsoever seemed to be building up – not even on new tires on the first lap. Ninth place is disappointing. Now I’ve got to try and make the best out of the situation in the race.”

Alexandre Prémat (Audi Bank A4 DTM 2008 #14), grid position 12
“Qualifying did not go according to our expectations. We could have been much better but because of an electronics problem I wasn’t able to improve my time any more.”

Katherine Legge (Audi Collection A4 DTM 2008 # 21), grid position 14
“I was happy to be able to start again in qualifying after the minor accident in the previous practice. The guys did a great job and prepared a perfect car for me. We’ve got a quick car. In Qualifying 1 I took things easy. When I was shooting for a bit more in Q2, I made a small mistake. C’est la vie. I’m hoping things will go better in the race. If everything goes according to plan, a place among the top ten, perhaps even among the top eight, will be possible.”

Hans-Jürgen Abt (Team Director Audi Sport Team Abt Sportsline)
“A superb team result! With three cars among the top four you can be very happy. ‘Well done’ to Martin (Tomczyk). He showed that he’s ‘Mister Nürburgring.’ He didn’t make a single mistake and absolutely set the fastest lap. Things can continue like this.”

Ernst Moser (Team Director Audi Sport Team Phoenix)
“I’m really happy because we’re very close to the times posted by the new cars. One tenth would have been enough to even make it into Q4. Both drivers were running well – except for a problem we had with Alexandre’s (Prémat) car. We’ve definitely got to solve that in order to manage a good race for Alex. ‘Well done’ to the two drivers and the team. We again had the best year-old cars and just barely missed a place among the top four.”

Arno Zensen (Team Director Audi Sport Team Rosberg)
“It’s nice to be among the top ten with both cars. It’s too bad, though, that ‘Rocky’ in ninth place didn’t make it into the third qualifying. I was a little disappointed that for Markus (Winkelhock) we used up as many as two sets of tires in the first qualifying. His first trial was too slow. This additional set of tires we used was missing in the end. So, on the one hand I’m happy with seventh place, but on the other I’m not happy because our potential was higher.”