Quotes after qualifying at the Lausitzring 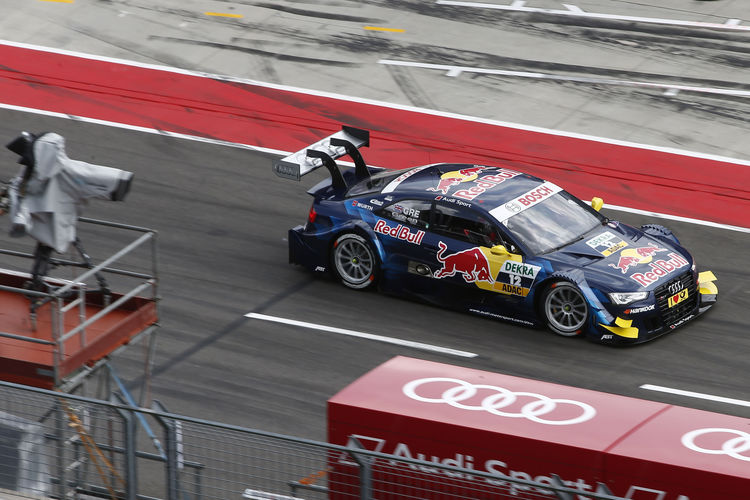 Jamie Green on grid position three and four Audi RS 5 DTM cars in the top eight – quotes after qualifying for the DTM race at the Lausitzring.

Dr. Wolfgang Ullrich (Head of Audi Motorsport): “I’m very happy for Jamie Green, who in his first three races for Audi suffered an incredible amount of misfortune. That he didn’t bury his head in the sand but, together with his engineer, the team, and Audi Sport, worked hard to get to where we expected him to be, which is very far at the front, says something for him.”

Dieter Gass (Head of DTM): “We’ve got a good team result with four cars in the top eight. Unfortunately, there’s no Audi at the very front this time. But basically, Jamie’s (Green) third place is a good starting base too. After having been unfortunate at the beginning of the season, he showed here what he’s capable of achieving if everything goes its normal course. I’m hoping for him to be able to up the ante a bit more in the race.”

Jamie Green (Red Bull Audi RS 5 DTM), grid position 3
“I’m very happy. After the first three races didn’t go so smoothly, it’s nice that I’m finally where I should be. Being so far at the front in the Audi for the first time takes a big load off my shoulders. It feels very good.”

Mike Rockenfeller (Schaeffler Audi RS 5 DTM), grid position 6
“Sixth place isn’t what I’d been hoping for. But we all know how hard it is to even get there. In Q1 and Q2, I didn’t get too many things wrong. But in Q3, I made a mistake – and that’s enough to keep you from moving forward. Still, sixth place is a good starting base for tomorrow’s race.”

Adrien Tambay (Audi ultra RS 5 DTM), grid position 7
“I’m happy to have made it into Q3. It’s not a pole position but I’m back again where I wanted to be as a minimum. We can have a strong race if we make optimal use of the option tires and the DRS with a good strategy.”

Edoardo Mortara (Playboy Audi RS 5 DTM), grid position 8
“I had a good car. In Q3, though, I didn’t have a perfect feeling and it took me a long time to drive a good lap – I only managed to do that on the fourth lap. In the first races, we saw that the strategy is very important and that a good result is possible even if you didn’t finish qualifying in the top five. That’s what we’re going to try tomorrow.”

Filipe Albuquerque (Audi Financial Services RS 5 DTM), grid position 12
“My aim was Q3, but unfortunately that wasn’t possible. I had some traffic, which caused me to lose my rhythm. But position twelve on the grid is okay because in this season anything’s possible in the race.”

Miguel Molina (Audi RS 5 DTM), grid position 16
“In Q1, I had a fast car and was able to drive a good lap. But on the last lap, I had a technical problem. I wanted to drive to the pits but the car was too heavily damaged. That’s why I wasn’t able to run in Q2. That’s a shame because today I’d have had a good car for qualifying.”

Timo Scheider (AUTO TEST Audi RS 5 DTM), grid position 17
“We didn’t have a good set-up; I didn’t feel comfortable in the cockpit. Obviously, 17th place is disappointing. We’ve always been good in qualifying this season so far and then had poor race results. Maybe this weekend we’ll have a strong race result after a weak qualifying for a change.”

Mattias Ekström (Red Bull Audi RS 5 DTM), grid position 18
“In the beginning, we were too slow. We’ve just simply got to improve. The race will be long and hard but we’re going to give our best to advance.”

Hans-Jürgen Abt (Team Director Audi Sport Team Abt Sportsline): “’Well done’ to Jamie (Green), I think he ‘arrived’ today. We know that he’s strong at the Lausitzring and he showed a fantastic performance as the best Audi driver. We can be pleased as a team and need to concentrate on him in the race, as ‘Eki’ and Timo (Scheider) weren’t so good. ‘Well done’ also to Adrian Tambay in seventh place. I’m hoping for something to come out of this in the race.”

Ernst Moser (Team Director Audi Sport Team Phoenix): “Every lap in qualifying this year has got to fit one hundred percent in order to move forward. ‘Rocky’ managed this perfectly today, in sixth place there’s no reason for him to fear comparison. With a good strategy, anything’s possible in the race. It’s nice that both cars had the pace even though a technical problem occurred in Miguel’s (Molina) case. I’m optimistic for the race.”

Arno Zensen (Team Director Audi Sport Team Rosberg): “I’d expected a bit more. Q1 was off to a very good start but then a few small mistakes crept in. Edo (Mortara) was in contention pretty well, but on his last attempt he was lacking a couple of tenths of a second, otherwise he’d have continued.”