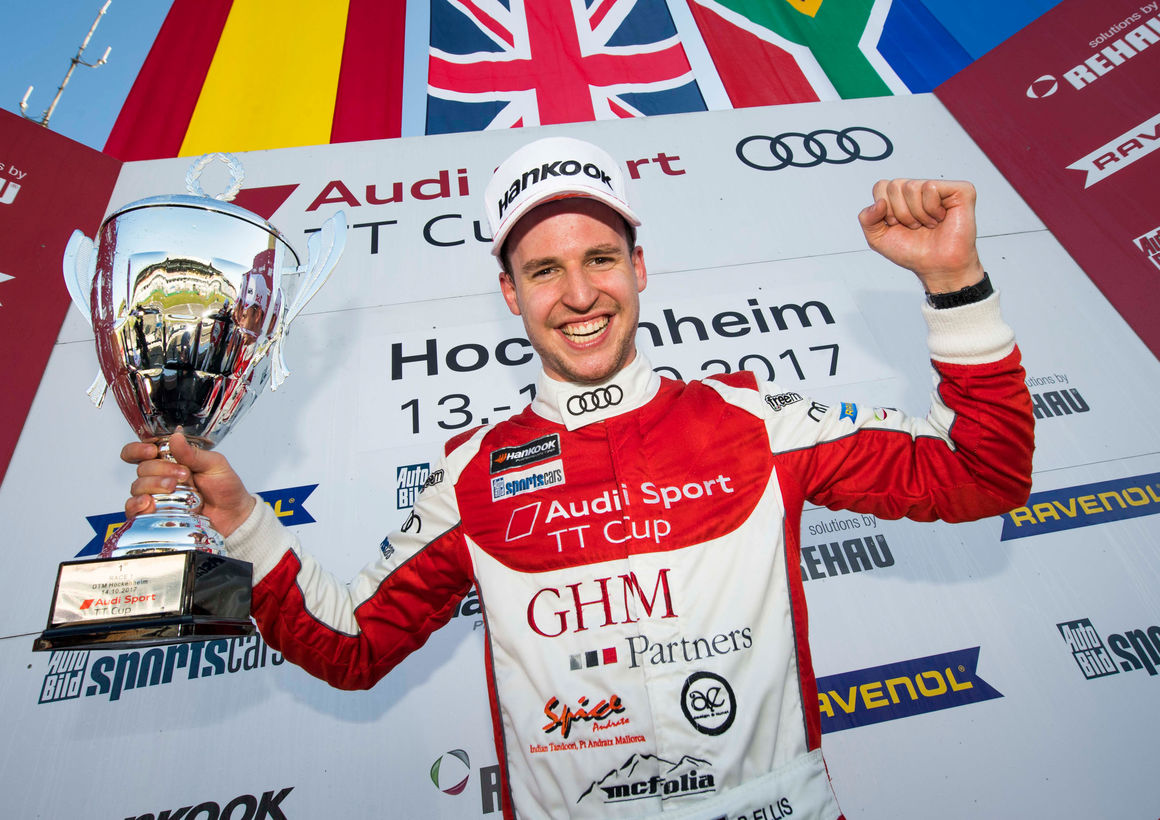 Philip Ellis has won the 2017 Audi Sport TT Cup early with a dominant performance at the Hockenheimring. The 25-year-old racing driver took his fifth victory in the penultimate race of the season. In doing so, he has extended his lead over Spaniard Mikel Azcona to 28 points, which with one race remaining is an insurmountable advantage.

Philip Ellis had already secured a decisive advantage in qualifying, clinching pole position. Title rival Mikel Azcona, by contrast, started from fourth. In a heated beginning phase, the Spaniard advanced to second place. He could not, however, challenge the leader, even dropping down to third place for a short time, until he ultimately fought back to second. After the Pole Jan Kisiel (2015) and the Finn Joonas Lappalainen (2016), Philip Ellis is the third champion of the Audi one-make cup.

“Philip is a worthy title-winner and has crowned himself champion still with a race to go,” said Chris Reinke, Head of Audi Sport customer racing. “In his second season competing in the Audi Sport TT Cup, he delivered a good mixture of race pace, intelligence and fighting spirit. Five victories and a total ten podiums underline his qualities. He can now look forward to a promotion package of 150,000 euros in the Audi Sport customer racing program next season.”

An exciting battle ensued behind Philip Ellis. Keagan Masters from South Africa, the Dutchman Milan Dontje and Mikel Azcona fought to be the best of the rest. Having taken both victories recently at the Red Bull Ring, Keagan Masters was once again the best rookie on the grid and was only outdone by the two title rivals. The 17-year-old newcomer lifted his fourth trophy of the year in Hockenheim, whilst Dontje occupied fourth place behind him.

The spectators were once again able to witness two guest drivers. The best of the invited racers was mr.goodlife, who was competing as the anonymous character for a lifestyle magazine and finished in twelfth place. Right behind him followed Daniel Grunenberg, co-founder of the electro-pop band Glasperlenspiel. After the regular participants fight it out for the final time in the last race on Saturday evening, the Audi TT cup Race of Legends will bring the three-year history of the one-make cup to a close on Sunday. Many of the great racing drivers from the Audi motorsport history will take over the juniors’ cars and fight for the honor of the best legend.