Skip to content
We are using cookies for a better user experience.
07/30/18
Neuburg a. d. Donau
Sports 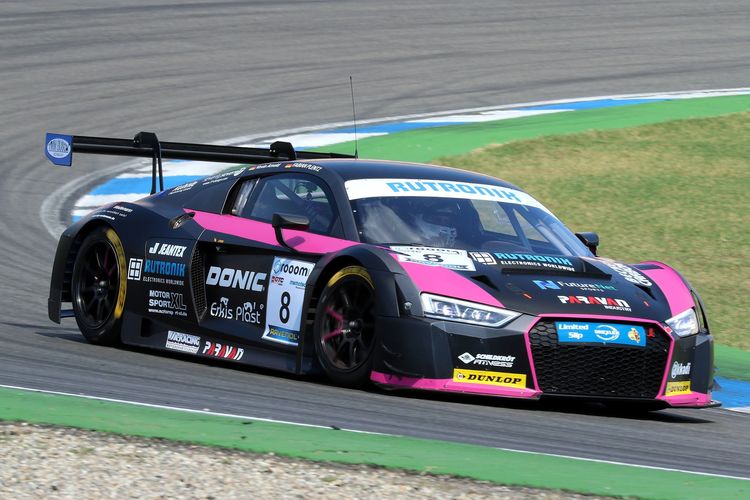 Seven trophies at Hockenheim: Audi Sport customer racing teams celebrated a host of success with the Audi R8 LMS during the sixth DMV GTC race weekend. Fabian Plentz won the second sprint race at the race track in Baden-Württemberg for HCB-Rutronik Racing from Marc Busch of Twin Busch Motorsport as well as Tommy Tulpe. Plentz had already won the first sprint and Dennis Busch had finished third. In the DMV GTC Dunlop 60 race featuring driver changes, Fabian Plentz and Kevin Arnold finished second together ahead of the brothers Marc and Dennis Busch.

Four podium positions in club racing: During the sixth DMV GTC race weekend, drivers of the Audi R8 LMS GT4 stood on the podium in all three races. Jürgen Marschlich and Markus Pommer finished third at Hockenheim with Car Collection Motorsport in the Dunlop 60 race. Marschlich also finished third in the second sprint race. Up-and-coming driver Jean-Luc Weidt was third in the opening sprint and second in the second sprint.

Two wins at home event: Kevin Arnold from Aichelau in Baden-Württemberg remained unbeaten at the wheel of an Audi RS 3 LMS during the sixth DMV GTC race weekend. The 18-year old who moved up from the Audi Sport TT Cup won his class in both sprint races at his home event at the Hockenheimring.

Sixth win in a row: Luis Nunes remains unbeaten in the Portuguese Hillclimb Championship. The driver from Portugal won his class again in an Audi RS 3 LMS in round six at the Rampa Porca de Murça hillclimb, as he had done in the five previous rounds.