Oliver Jarvis and the fulfilment of a dream 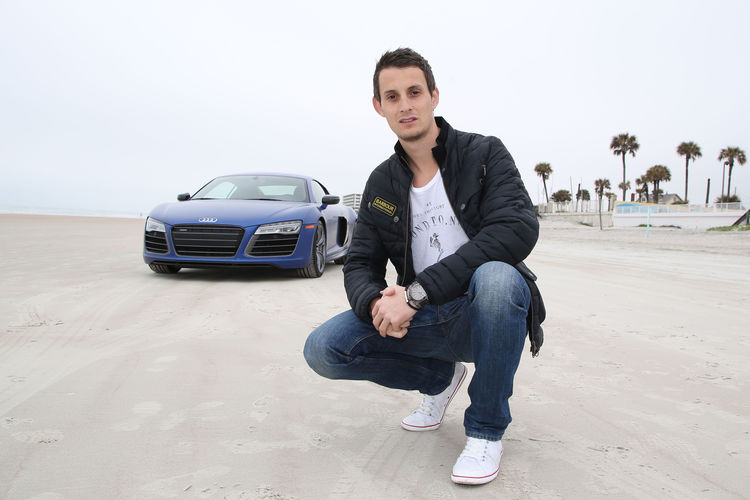 When Oliver Jarvis joined Audi in 2008 he had a dream: a ‘seat’ as a regular driver in Audi’s LMP squad. This dream has now come true.

The 31-year-old Briton is about to start his first full season in the FIA World Endurance Championship (WEC). When the new season opens at Silverstone on April 12 he’ll be following in footsteps that could hardly be any larger: the ones of Le Mans record winner Tom Kristensen, who announced his retirement at the end of 2014.

It comes as no surprise that people have repeatedly been commenting about this to Jarvis ever since the announcement was made. And he responds by saying, “For me, Tom Kristensen is a motorsport legend and irreplaceable.”

Therefore, the Briton regards Tom Kristensen’s success as additional motivation. “Now, it’s up to me to accept this challenge and to prove that I deserve this ‘seat’ in the regular WEC lineup,” says Jarvis, who, in 2013, in the Audi R18 e-tron quattro, won the 12-hour race at Sebring and has been on the Le Mans podium twice with Audi – in 2013, together with Lucas di Grassi whom he’ll again be sharing a cockpit with in 2015. He has known his other team partner, Loïc Duval, very well ever since his days in the Japanese Formula 3 Championship. “These two strong driver colleagues, plus my other team partners, are a good benchmark for me,” says Jarvis. However, it’s not easy for him to define exact goals for the coming season. “Obviously, we’d like to win Le Mans and the WEC. But a lot depends on the progress we’ve been making in winter compared to our rivals.”

Jarvis trains hard for being able to leave similarly large footprints as his famous predecessor one day. “In addition to my regular fitness training, I’ve still got to familiarize myself with a few WEC tracks I’ve never raced on. And since, unfortunately, we’ve got little time for testing on the race weekends I’ll still be spending a lot of hours in the simulator.”