Skip to content
We are using cookies for a better user experience.
12/17/18
Neuburg a. d. Donau
Sports 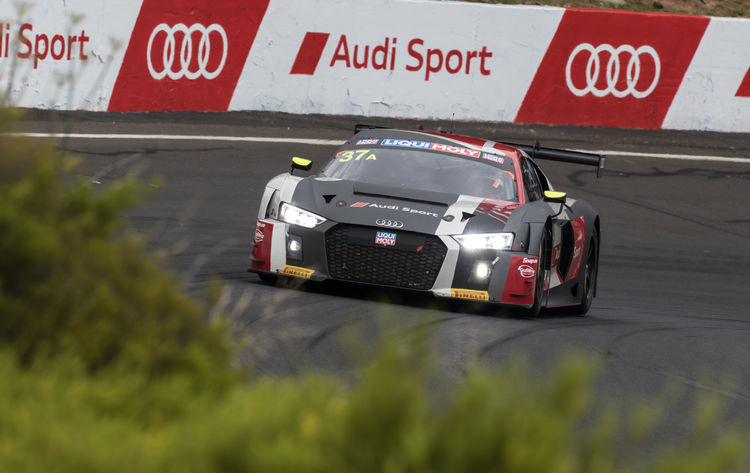 Never before has Audi Sport customer racing been equally successful with its customers in international motorsport: On its tenth anniversary, the customer racing department reports 256 individual race victories (+63 % versus 2017), a total of 634 podiums (+46 %), 21 overall drivers’ titles (+40 %) and 38 additional class titles (+217 %). The Audi RS 3 LMS and Audi R8 LMS GT3 model ranges and the Audi R8 LMS GT4 that debuted in the customer’s hand account for these successes.

“A big thank you and sincere congratulations to all our customers,” says Chris Reinke, Head of Audi Sport customer racing. “Right in time for our anniversary we’ve achieved our biggest annual tally of victories, trophies and championship classifications to date. This motivates us to give our best again in an even more fiercely competitive environment in the 2019 season.” The season traditionally kicks off in January with a 24-hour race in Dubai. That is when the evolution of the Audi R8 LMS GT3 presented in October and soon to be homologated will be available to customers for the first time.

In the season that just ended, Audi’s GT3 sports car won 138 races and 13 drivers’ titles, including championship wins in Australia, China, Germany, Eastern Europe, New Zealand and Sweden. In the manufacturers’ classification of the Intercontinental GT Challenge, the race car remained unbeaten for the third consecutive time as well. The tally of the Audi RS 3 LMS TCR race car reflects 92 victories plus one overall title each in North America, the Benelux and Russia. An unusual maiden season was achieved by the Audi R8 LMS GT4: The production-based mid-engine sports car recorded 26 race victories, plus three championship successes in North America, one in France and another one in a European classification. With that, it instantly decided nearly all notable worldwide GT4 racing series in its favor.

Audi’s products proved their qualities in endurance racing as well: For the third time, Audi won the 12-hour race at Bathurst and for the second time in succession the California 8 Hours. Six GT4 class wins in endurance races plus a success in class in a 24-hour race in Japan complete the tally. Audi Sport is successfully closing the season in terms of business as well. In spring, the customer racing department cracked the mark of 500 cars. Between 2009 and December 2018, Audi Sport customer racing produced a total of 563 race cars in six model ranges.