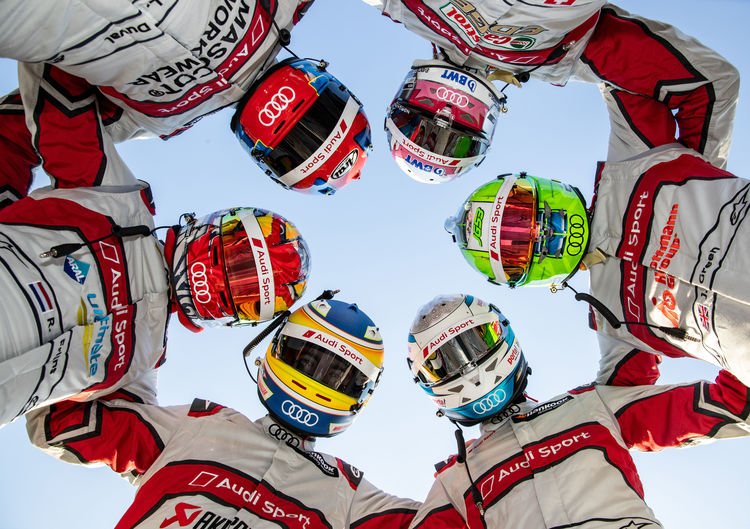 During the “dress rehearsal” before the DTM season opens at Hockenheim on May 4/5, the new Audi RS 5 DTM left a strong impression. In the final pre-season tests at the Lausitzring, the best time set on all four days went to an Audi driver. The Audi squad also reeled off the largest number of kilometers at the Lausitzring.

“We are generally very content and we’ve learned a lot. Obviously, the results should not be overrated. Experience has shown that no-one puts all their cards on the table in pre-season testing,” says Head of Audi Motorsport Dieter Gass. “Even so, it’s nice to see all your cars at the top of the time sheets. Due to the modified cars and the new turbo engines we had slightly more work than we normally do before a season, but we can still be happy on the whole. We’ll only know at Hockenheim where we truly stand. It’s going to be extremely exciting.”

“That together with our teams, Abt Sportsline, Phoenix, Rosberg and WRT, we managed to get all cars ready for the test was a major feat and strong performance by the whole squad,” says Project Leader Andreas Roos. “As a result, we were able to gain a small advantage over the competition. It is normal that some minor issues emerge with new cars during the first tests. We managed to resolve nearly everything on site and gathered a lot of valuable findings.”

The fastest lap during the DTM “dress rehearsal” was achieved by Robin Frijns on Wednesday morning. At 1m 35.169s, the Dutchman broke the DTM lap record at the Lausitzring by more than two seconds. “The speed of our new car is promising,” says 2017 DTM Champion René Rast on behalf of his fellow Audi drivers. “The long runs are the greatest challenge. There’s still a lot to be learned there.”

The new two-liter four-cylinder turbo engine of the Audi RS 5 DTM delivers more than 610 horsepower, which is about 100 horsepower more than the output of the previous naturally aspirated V8 engines – and an extreme additional load acting on the tires of the DTM’s exclusive DTM tire partner Hankook, which have remained unchanged versus the two previous years.

Following the test at the Lausitzring, the teams will prepare the race cars for the season opener to be held at the Hockenheimring on the first weekend in May. The first race of the DTM’s new turbo era will start on May 4 at 1.30 PM. In Germany, SAT.1 will air live coverage beginning at 1 PM (CEST). Tickets and fan packages for the DTM season opener are available at www.audi.com/dtm.