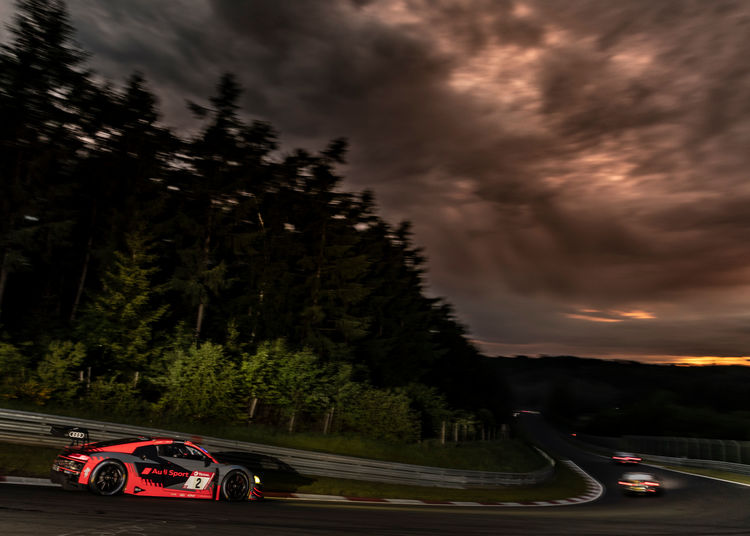 In one of the most turbulent editions of the Nürburgring 24 Hours with more than 14 hours of race interruption in dense fog, Audi Sport customer racing thrilled everyone with a strong recovery. However, there was hardly any reward in the end. From 64th place at the start of the race, Audi Sport Team Land fought its way back to the leading group but did not see the finish after an accident by Kelvin van der Linde. The best Audi R8 LMS in the end was fielded by Audi Sport Team Car Collection. From 25th place after an early tire change, the number 2 Audi improved to fifth place.

“We saw an extremely thrilling edition of the race in which four brands fought for victory after the restart at noon on Sunday,” says Chris Reinke, Head of Audi Sport customer racing. “We had good chances with Audi Sport Team Land until the accident shortly before the end. Something like that can happen when fighting at the limit. Congratulations to Audi Sport Team Car Collection on fifth place. We also saw strong performances of our customers Phoenix Racing who clinched a podium in the Pro-Am classification and the four drivers from Giti Tire Motorsport by WS Racing who won the SP8 class.” In the fight for its sixth overall victory in the Eifel mountains, Audi Sport faced major challenges as early as at the start of the race. With rain threatening, Audi Sport Team Land started on rain tires but switched to slicks on the opening lap. From 64th place, Christopher Mies took up the race from the pit lane at the end of the first starting group. His race to catch up took him back into the top 20 in just the first four laps. After the race was interrupted, Christopher Mies, René Rast and Kelvin van der Linde improved to the front of the field. However, an accident on lap 48 deprived the 2017 winning team of Christian and Wolfgang Land of all chances.

The best Audi R8 LMS in the overall standings has been fielded by Audi Sport Team Car Collection in the end. Similar to the Land team, Christopher Haase, Nico Müller and Markus Winkelhock dropped back at the beginning due to a tire change. However, the driver trio worked its way back into the circle of the best. In the end, the number 2 Audi crossed the finish line in fifth place. Less than four seconds were missing for final driver Christopher Haase and his teammates to clinch a podium place.

Audi Sport Team Phoenix had already lost all chances of a top result for Mattia Drudi/Robin Frijns/Frank Stippler/Dries Vanthoor on Saturday evening after an accident. Ernst Moser’s squad, which has already won this race five times, nevertheless maintained good chances. Temporarily Michele Beretta/Kim-Luis Schramm/Frank Stippler/Nicki Thiim were the best Audi squad and among the top five teams in the overall standings. However, a rude attack by an opponent shortly after the restart led to a puncture and a collision on Sunday afternoon. 17th place was a poor consolation for the hard work. The third Audi of Phoenix Racing with Max Hofer/Vincent Kolb/Dennis Marschall/Jan-Erik Slooten scored a conciliatory result with a class podium. The four drivers formed the second-best team in the Pro-Am classification for mixed driver line-ups of professionals and amateurs. A victory in the SP8 class was achieved by the Giti Tire Motorsport by WS Racing team after no less than six lead changes. In the end, the Audi privateer team prevailed with its R8 LMS GT4, as it did last year. The big difference this year: With Pippa Mann/Célia Martin/Christina Nielsen/Carrie Schreiner, there were not only four ladies in the cockpit for the first time. From the mechanics to the team management, the entire field of the “girls-only team” consisted exclusively of ladies.