Le Mans: Immediately on the podium 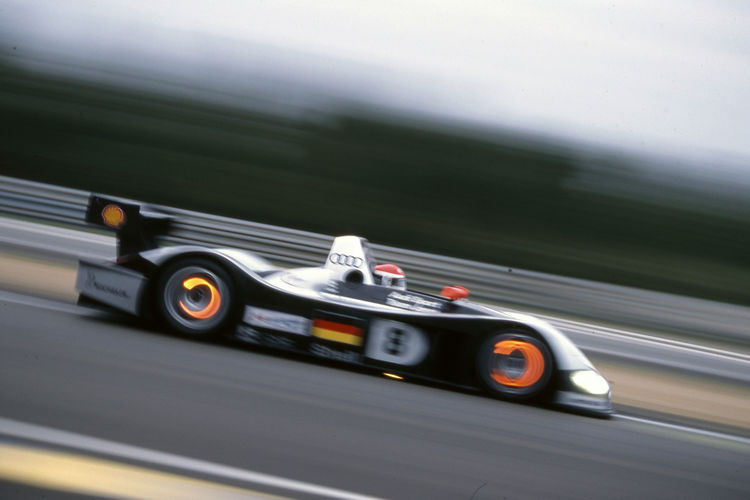 Audi has scored impressive results on the German manufacturer‘s début in the Le Mans 24 Hours. The two Audi R8Rs entered by Audi Sport Team Joest finished third and fourth in the gruelling sportscar race. Ultimately the newcomer, Audi, was immediately on the rostrum in one of the world‘s most difficult races.

Audi Chief Executive, Dr Franz-Josef Paefgen, remarked: “This result is better than we expected and we will be back next year.“

Seldom before has there been a Le Mans 24 Hour race so strong in manufacturer support and constantly exciting. Only half of the 46 cars which started reached the finishing line after almost 5,000 kilometres and watched by a crowd in excess of 200,000.

Audi‘s Head of Sport, Dr Wolfgang Ullrich, was delighted the „open“ Audi R8Rs had stood up to the challenge. He said: „For a Le Mans newcomer this is a very good result.“

Audi Sport Team Joest had specifically worked towards this race and also declined to be involved in the fight for pole-position. Team Director Reinhold Joest confirmed: „The starting position in a 24 hour race means absolutely nothing. The most important thing is to get a good balance for the race and make the car consistently fast and we were able to achieve this.“

The two Audi R8Rs were among the top-10 from the start and were able to improve with consistent lap times. At the mid-way point, the no.8 Audi was third, on the same lap of the eventual winning car.

In the early morning hours today , however, Frank Biela/Emanuele Pirro/Didier Theys lost precious time due to a unscheduled brake disc change. Later the car had an exhaust pipe replaced. Biela, who was named „Rookie of Le Mans“ after qualifying on Thursday, said: „Apart from two small problems, the car was perfect.“

The Audi R8Cs entered by Audi Sport UK did not finish the race due to transmission problems. But still they were able to show their potential with some fast race laps.