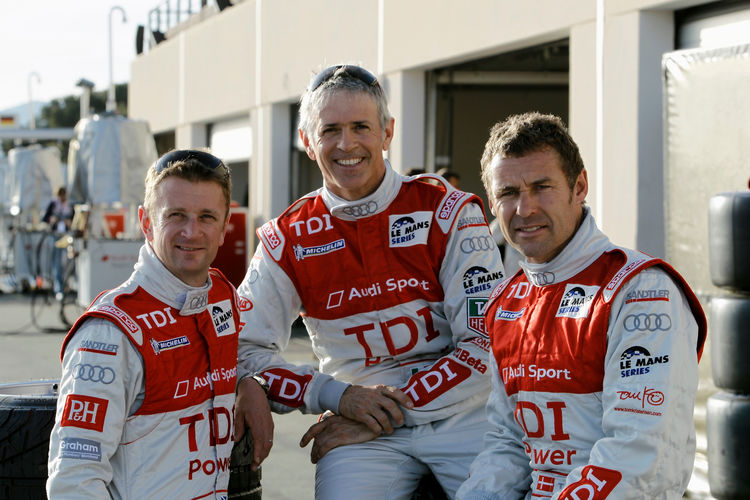 After the victorious test race at the Le Mans Series season opener and a successful 30-hour test at Le Castellet (France) the Le Mans dress rehearsal is now on Audi Sport Team Joest’s agenda: on May 9, the three Audi R15 TDI cars will contest the 1000-kilometer race at Spa-Francorchamps (Belgium).

“We will compete with exactly the same line-up at Spa as we will a month later at the Le Mans 24 Hours,” says Head of Audi Motorsport Dr. Wolfgang Ullrich. “For the team the race is primarily a dress rehearsal for Le Mans – but it’s a final assessment of where we stand as well.”

Entries for 52 vehicles have been submitted for the 1000-kilometer race at Spa-Francorchamps including four Peugeot 908 cars. The first meeting of the “factory” teams from Audi and Peugeot with the 2010-spec vehicles is expected with a particularly high level of suspense and should provide a foretaste of the season’s highlight at Le Mans that is on the agenda exactly 34 days later.

“There’s no circuit in the world on which you can truly simulate the Le Mans track,” says Dr. Wolfgang Ullrich. “Still, I do believe that at Spa it’s possible to get an idea of where you stand compared with the competition.”

Audi’s development program for the diesel race sports car that is internally designated as “R15 plus” has been on schedule so far. In mid-April Audi Sport Team Joest successfully completed a 30-hour endurance test at the high-speed track at Le Castellet (France).

“We haven’t had such a good endurance run for a long time,” comments Dr. Wolfgang Ullrich. “This has completed our durability testing. Now we’re able to fully concentrate on the performance of the R15 plus and smooth preparation for the race in the time that remains until Le Mans.”

All nine Audi drivers who are planned to contest the 2010 Le Mans 24 Hours participated in the 30-hour test at Le Castellet – including Tom Kristensen who has recovered well from his foot injury and will run in the 1000-kilometer race at Spa-Francorchamps together with Dindo Capello and Allan McNish.

“I did a lot of driving at Le Castellet and had no problems whatsoever,” says the Le Mans record winner. “I only felt some pain during the driver changes – but I’m definitely fit and ready for Spa!”

Practice at Spa-Francorchamps will start on Friday (May 7). The 1000-kilometer race will start on Sunday (May 9) at 11:30 hrs. Audi has won the endurance classic in the Belgian Ardennes twice with the R8, in 2003 and 2004. In the 2008 season – Audi Sport Team Joest’s only entry at Spa so far – Alexandre Prémat and Mike Rockenfeller at the wheel of an Audi R10 TDI finished as the runners-up.


The schedule at Spa-Francorchamps