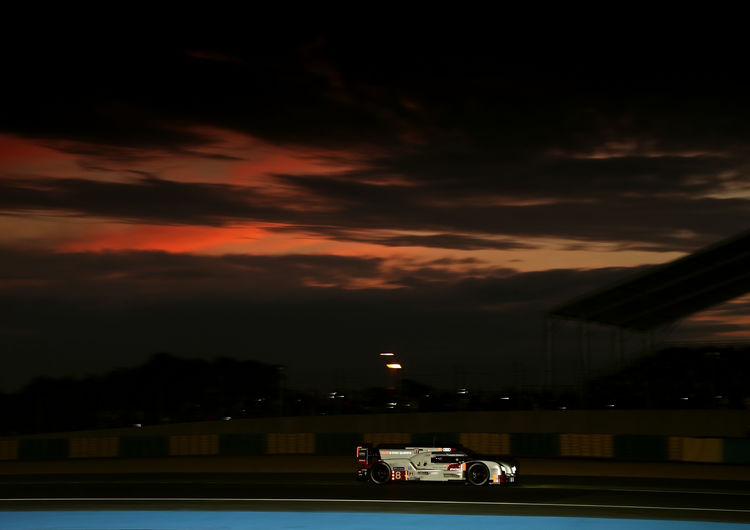 A couple of unanswered questions remain after the first day of practice for the Le Mans 24 Hours (start on Saturday at 1500 CEST). Rain showers and several stoppages complicated also the work for Audi Sport Team Joest, which completed the most laps around the ‘Circuit des 24 Heures’ on Wednesday.

After the predominately rainy test day almost two weeks ago, conditions were also below par for the 56 teams on Wednesday. In free practice between 1600 and 2000 p.m., rain showers created constantly changing track conditions. There was also a 30-minute interruption to carry out repairs to the crash barriers.

Although it was dry in the evening between 2200 and 2400 in first qualifying, several incidents and another long interruption cost valuable track time once again. “The conditions were certainly not ideal, because we wanted to focus on comparing the different types of tires for the race,” said Head of Audi Motorsport Dr. Wolfgang Ullrich. “Unfortunately, it was only possible to a limited extent. It was good that we have already found a good set-up for all three cars, and which, weather permitting, we can still refine further on Thursday evening.”

As usual on Wednesday, Audi Sport Team Joest concentrated entirely on preparing for the race. All nine drivers completed different programs and also completed their mandatory laps in the night. They were also the busiest, completing 142 laps in free practice and 75 in first qualifying (2,957 kilometers in total).

The three Audi R18 e-tron quattro prototypes ran without any problems on Wednesday, and after first qualifying line-up in fourth, fifth and sixth positions on the provisional grid behind the three Porsches and ahead of the two Toyotas.

The fastest lap of 3m 19.866s within the Audi squad was set by Loïc Duval at the wheel of the Audi R18 e-tron quattro with start number ‘8’. “We weren’t surprised to see Porsche ahead of us in qualifying,” said the Frenchman. “Of course it’s great to fight for pole position at Le Mans, but we want to win the race. Which is what we worked for today. It was a really positive day: we made big progress between free practice and first qualifying, and are on course to have a good car for the race.”