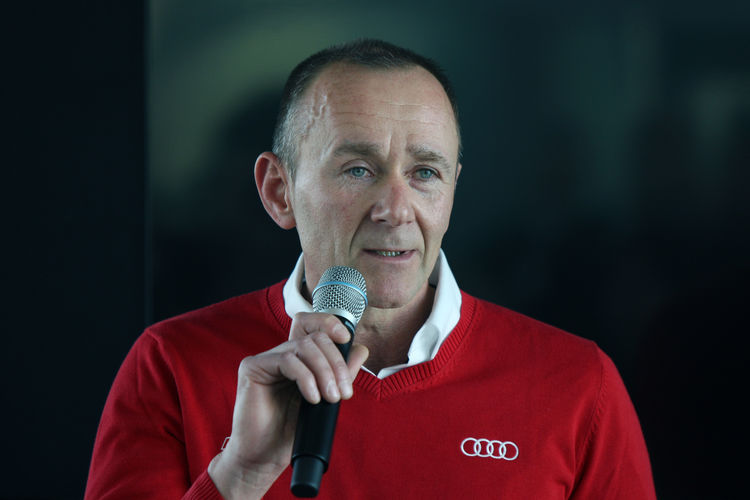 Since 2015, Jörg Zander has been heading the technical team of Audi Sport that lays the foundations for success in the DTM and the WEC.

Even though he has only been with Audi Sport since January 1, Jörg Zander has been familiar with his new working environment for more than four years. “I worked for Audi for the first time in 2010, doing powertrain calculation and simulation work,” says the mechanical engineer. “After ten years in Formula One, I started my own engineering firm in 2010 and accepted more and more contract work for Audi year after year. The years from 2012 to 2014 were particularly intensive due to the new hybrid drive system that Audi has been successful with at Le Mans and in the FIA World Endurance Championship (WEC).”

Now Zander heads the team he previously supported externally. “I work with an innovative squad that covers the WEC and DTM,” says the 51-year-old Head of Engineering at Audi Sport. “In the WEC, the engineers enjoy greater freedoms than in Formula One, whereas a lot of the technology in the DTM is standardized. But that doesn’t make the work on touring cars any easier because every detail harbors potential.”  His leadership role involves a lot more than just engineering. “To lead the team of employees I work on making optimum use of all resources, optimizing the organization and making project management processes continually more efficient. We have a lot of specialists in the team and only if the processes are clear can all the resources be efficiently focused. Open communication is very important to me. Nobody should go into hiding – every opinion counts.”

Jörg Zander is determined to make some new marks on the race weekends as well: “The race team knows its business inside out and has a wealth of experience from the long-standing cooperation with Audi Sport. At the same time, we have a strong engineering team that develops the race cars for the season. We can only tap the full potential if there’s optimal rapport between both teams. I’m going to visit all the World Championship rounds, as well as some of the DTM races – not to interfere with operations but to make better use of the existing potential.”

So, the native Rhinelander from Ratingen has set himself a busy agenda in order to extend the success of Audi Sport even further. With such a full calendar, the engineer who lives in Switzerland welcomes a bit of work-life balance. He enjoys spending his time with his partner and his children and keeps fit in triathlon.