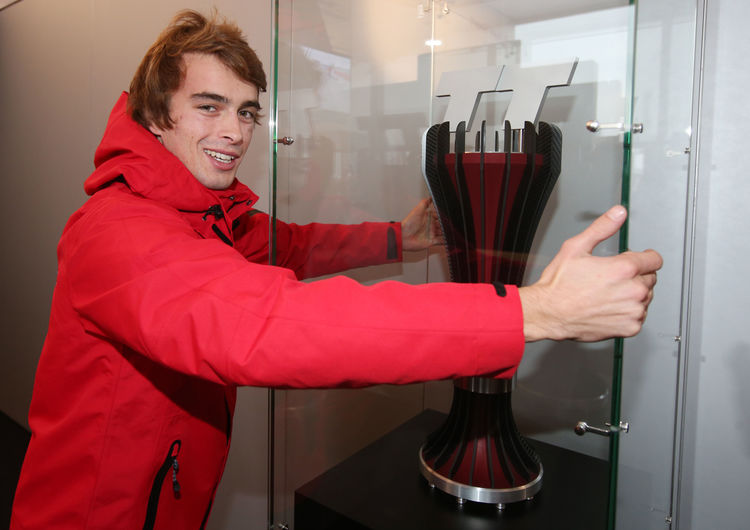 The decision has been made: Jan Kisiel is the first title winner in the Audi Sport TT Cup. On finishing the eleventh of twelve rounds of the season in fifth place, the 21-year-old Pole secured an early title win in the new Audi one-make cup. Race one at the Hockenheimring was won by Audi Le Mans entrant René Rast – as the first guest driver to take victory in the young history of this cup.

Kisiel enjoyed his title win to the fullest. “It’s an incredible feeling. Things are simply going perfectly for me at the moment,” the driver from Warsaw said. With 213 points to his tally, the Pole can no longer be bumped from the top spot of the drivers’ standings in race two on Sunday. Before the season’s last round, Kisiel has a 28-point advantage over the runner-up, Nicolaj Møller Madsen (185 points).

René Rast celebrated victory in round one. But as a guest driver, the 28-year-old had to give the advantage on the podium of the permanent entrants to the 17-year-old Finn Joonas Lappalainen. Following two second places at Oschersleben, the youngest driver in the field celebrated his first success in the Audi Sport TT Cup and is the seventh race winner this season. Only one driver has been able to win more than one race this year: Jan Kisiel, who decided an amazing five rounds in his favor.

The first season in the Audi Sport TT Cup ends on Sunday with race two at the Hockenheimring. The race starts at 9.50.