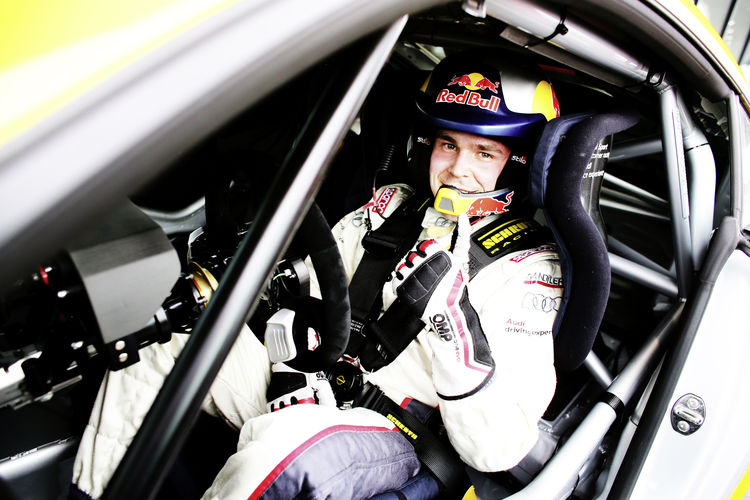 For the opening of the Audi Sport TT Cup at Hockenheim on the first May weekend, two rallycross stars will battle for bragging rights: Guest starters Tanner Foust (USA) and Toomas Heikkinen (FIN) pit themselves against the permanent competitors. Ski jump Olympic gold medalist and World Champion Sven Hannawald also joins the grid.

The two races at the Hockenheimring on Saturday and Sunday should provide the fans with exciting wheel-to-wheel action. In addition to the 18 international talents, who fight for championship points, the six guest drivers should also spice up the action. “We want to offer the motorsport fans at each of the six Audi Sport TT Cup events fascinating battles between drivers from a specific métier,” says Rolf Michl, Project Leader Audi Sport TT Cup. “For the Hockenheimring we were successful. I expect to see Tanner Foust and Toomas Heikkinen make some incredible overtaking maneuvers.”

Another celebrity – former ski jumper Sven Hannawald – also joins the grid at Hockenheim. The VW brand ambassador is an enthusiastic amateur racing driver who started in motorsport about ten years ago. “Racing has always been very appealing to me,” says Hannawald. “The challenges on the track are comparable with those in ski jumping. You have to react very quickly and be fully focused in both sports. This fascinates me.” Three journalists with racing experience complete the field of six guest starters.

A series of strong partners supports the Audi Sport TT Cup in its premiere season. In addition to tire partner Hankook, REHAU and AMAG Austria Metall AG also support the new Audi one-make cup. REHAU is the leading system and service provider of polymer-based solutions in the fields of construction, automotive and industry. AMAG Austria Metall AG, based in Ranshofen, is Austria’s leading manufacturer of semi-finished and cast aluminum products for the processing industries.

The new racing series also generates great interest at AUDI AG. Audi Top Service and Audi Consulting are also partners of the Audi Sport TT Cup. Audi Top Service represents faultless repair quality and excellent customer service. This is the foundation for customer enthusiasm. Because as in motorsport, excellence and teamwork are the prerequisites for long-term success in the daily service business. For Audi Consulting, the in-house top management consultancy of AUDI AG, the Audi Sport TT Cup is an attractive environment in which to meet and interact with talents interested in automobiles and to inspire them for a career at Audi.